Kenny Dalglish and the role of Player Manager 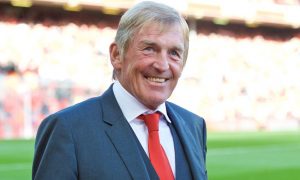 Gareth Ainsworth of Wycombe Wanderers is a rare breed in English football now, in that he is employed by his clubs as a player manager, responsible for all the training, organisation and administration that goes on off the field during the week, and yet happy to swap his suit and tie for shirts and shorts come the weekend.

Yet, go back 15 years, and there would have been half-a-dozen men combining both roles, whilst further back still, there were highly successful player managers throughout British football. Graeme Souness, for example, led Rangers to the Scottish League title and League Cup glory, whilst still bestriding their midfield, and then there was Chelsea which had three successive player-managers in the form of Glenn Hoddle, Ruud Gulllett and Gianlucca Vialli. The combined seven years of their tenureship saw the Stamford Bridge club win the FA Cup twice, the League Cup and the European Cup Winners Cup.

The decline of the player manager is down to several factors.

For one, the workload of most managers now is so great – In terms of overseeing training and fitness sessions, dealing with contracts, transfers and agents, handling all the media pressures and scouting the opposition – than it almost impossible to find the time to train and play.

And then there are the moves which have been made to professionalise the role of manager. All Premier League managers now are required to hold a UEFA Pro Licence, which takes 240 hours of work and theory to complete. As a minimum, managers have to hold the B Licence and need to be working towards their A licence within three years of being appointed. This is a huge commitment which few active players are able to make.

Finally, but by no means least, there is the average tenure of a Premier League manager to take into account. Currently, this is two and a half years, although this figure has been distorted by recent outliers like Sir Alex Ferguson and Arsène Wenger. Strip them out of the equation, and many managers can be expected to be in post months, not years. There is an inherent contradiction being called “The Gaffer” one minute, and then being asked to clear out your desk the next, whilst still being expected to lace up your boots as if nothing has happened.

So it looks like the days when a player manager could win the Premier League are over. In which case it may be fitting  to look back  to arguably the most successful player manager English football has known – Kenny (soon to be Sir) Dalglish.

By the time that he was first appointed Liverpool manager on 30th May 1985, Dalglish had already enjoyed a highly successive career.  Born in Glasgow in 1951, Dalglish, who grew up supporting Rangers, signed a provisional career with their great rivals, Celtic, in 1967, first establishing himself as first-team regular 4 years later. Over the next 5 years, he helped the Parkhead club win four League titles, four Scottish Cups and the League Cup, scoring 167 times in 322 appearances for the Green and White Hoops.  Made captain of the side, he became a Celtic legend, but then was signed by Bob Paisley of Liverpool in August 1977 for a British record fee at the time, to replace Kevin Keegan, who had departed for Hamburg.

The next few years brought a steady stream of trophies to Anfield and honours to Dalglish as Liverpool dominated both English and European football.  The First Division was won five years out of six, and the League Cup on four occasions.  Even more importantly, the European Cup was lifted for the first time in 1977, and then again in 1981 and three years later. Named an MBE in 1984, he was named PFA Player of the Year in 1983 and twice awarded the Football Writers annual Award.

At the same time he was also enjoying a highly successful international career with Scotland winning a record number of caps and sharing the goal scoring record with Denis Law.

Dalglish’s career as player manager spanned the two tragedies that befell Liverpool and its supporters in the 1980s; the first saw their fans, or a tiny minority of them at least, cause the Heysel Stadium tragedy, whilst the second, four years later, was the Hillsborough disaster, in which 96 people lost their lives. Each had a profound impact on Dalglish’s career, but in different ways.

It was largely due to the events at the Heysel stadium that enabled Dalglish to get the job as manager in the first place. Existing manager Joe Fagan was so depressed by the events in Brussels, which saw 39 people, mainly Italian, lose their lives when a small section of Liverpool fans charged their Juventus counterparts before the 1985 European Cup Final that he resigned in disgust. English clubs were given an indefinite ban from European competition, and 14 Liverpool fans were charged with manslaughter.

When Fagan announced his resignation, Liverpool continued their tradition at the time of looking within for a successor, and decided to appoint the 34-year old Scot to the post in May 1985.

The appointment proved an immediate success, because the following season, Liverpool became only the fifth club, up to that point in time, to achieve the League and Cup double, emulating the feat of Preston North End and Aston Villa from the 19th century, and Tottenham and Arsenal before them. Dalglish only played 21 games that season, scoring 5 goals, including the decisive winner away to Chelsea that clinched the title on the last day of the season.

Although the 1986- 87 season ended without a trophy for Liverpool, Dalglish was more productive on the field, scoring 8 goals from 23 appearances, although he began to feature less and less, preferring to concentrate on the managerial side of things.

The move paid off next season, with Liverpool running away with the League again, and only a Lawrie Sanchez goal in the Cup Final at Wembley denied them a second successive double, as the Crazy Gang sprang a major surprise.

The following season Liverpool under his stewardship were again in the running for League and Cup honours, but then came the events of 15 April 1989 when, as is now known, inadequate stewardship and policing allowed Liverpool fans to be crushed to death at the Leppings Lane end of Hillsborough during an FA Cup semi-final against Nottingham Forest.

Although Liverpool went on to win the FA Cup again, and were denied the title only by Michael Thomas’ injury time goal for Arsenal during the final game of the season, Hillsborough and its aftermath affected Dalglish personally very deeply. He went to attend every single one of the funerals and spent a lot of time with the families of the victims.

Despite this, Dalglish managed the club to another League title the following season, making a final cameo appearance at aged 39 as a substitute against Derby County. He picked up his third Manager of the Year award that season, as Liverpool clinched their 18th League title. They have not added to their haul since.

The following campaign, with Liverpool leading the league and still in the FA Cup, saw Dalglish resign, for reasons that have never been made clear, although it is commonly supposed that it was because of the events in Yorkshire two years earlier, which had claimed another victim. 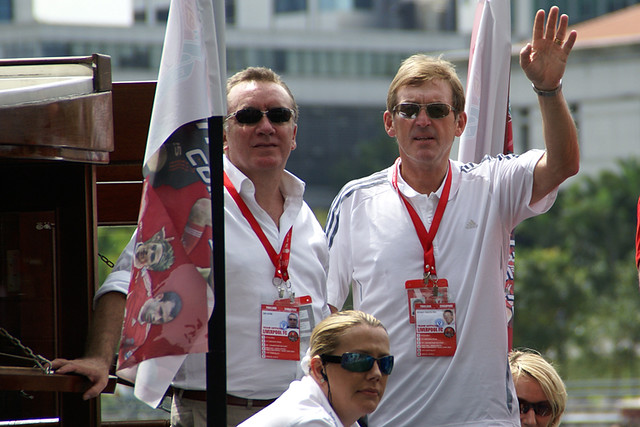 Eight months after resigning at Liverpool, Dalglish returned to management with Blackburn Rovers who were a second division outfit at the time.  He made an immediate impact, guiding them to the newly created Premier League via the play-offs at the first time of asking, and then, backed by Chairman Jack Walker’s money, built a side that won the League three years later, spearheaded by the striking due of Alan Shearer and Chris Sutton. That title saw him join a select band of managers who had won the title with two different clubs.

He then moved upstairs to become Director of Football, but left when the club floundered under his successor Ray Harford.

Dalglish’s career then took in a spell at Newcastle United that can only be described as disappointing, and a brief spell managing his old club Celtic where he guided them to League Cup success. After a period out of the game, the Scot returned to Liverpool, first to work with the young players, and eventually becoming caretaker manager in January 2011, when Roy Hodgson was sacked. Four months later the appointment was made permanent and Dalglish guided the club to their first trophy in six years with victory over Cardiff City, but with the League form suffering, and failing to qualify for the Champions League, he was sacked at the end of the season.

Despite that, “King Kenny” was made a non-executive director of the club in October 2013, and four years later had the honour of having the Centenary Stand renamed the Kenny Dalglish Stand in recognition of his contribution to the club. Dalglish was knighted in June 2018, in recognition for his footballing achievements, contribution to charity, and support for the Hillsborough families.

As a player manager, Dalglish enjoyed unparalleled success, and, given that the joint role is now becoming increasingly extinct, his record may never be beaten.