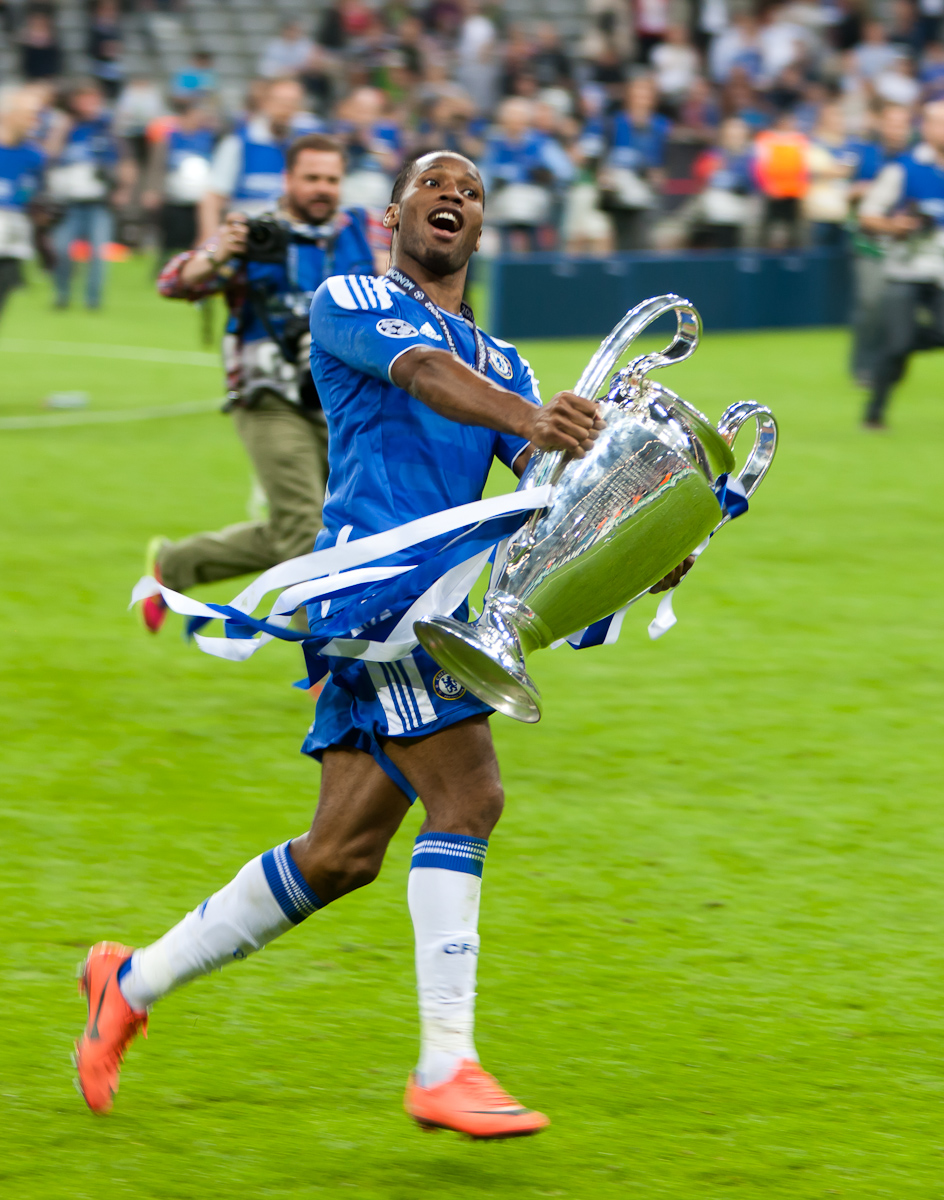 Ivorian footballer Didier Drogba joined Chelsea FC in July 2004 for £24 million. That season, the West Londoners went on to win the Premier League, their first after 50 years.

Drogba’s contribution to this incredible achievement can not possibly be undermined. The Ivory Coast icon would go on to win four Premier League titles, four FA Cups, three League Cups and the Champions League in his time at Chelsea. He was among the “6 untouchable” players at Chelsea – Frank Lampard, John Terry, Ivanovic, Michael Ballack and Ashley Cole. These players were the core of the most successful Chelsea team of all time.

In November 2012, Drogba was named Chelsea’s greatest ever player in a poll of 20,000 fans. In his time at Chelsea, Drogba scored 104 goals, a record for the club. To this day, Drogba is regarded as one of the greatest and remains a Chelsea legend.

Many talk about his character and personality on and off the pitch, and although people had different opinions about him, but one thing no one could deny, that he was a winner, a killer on the field, a real headache for the opponent defenders and managers.

While still playing for the Blues, their former number nine inspired many other players and surprised coaches and fans of the club. Here are a few quotes on Didier Drogba by players and managers:

“He has always harmed us and he continues. He is a winner and he will be like that until the end of his life.”

“If a football official were to call for a slow-motion replay every time Didier Drogba fell over, each match would last six weeks.”

“They’re crying. It was Drogba. It was the angels, it was the heavens, it was the stars, it was the gods, it was everything for Chelsea. This is not anything to do with football, this is spirit. Never giving up, fighting to the end, that English spirit running right through this Champions League for Chelsea.”

“He’s won the African Footballer of the Year award like me. In his position, he’s one of the few players who holds the ball up and scores lots of goals. He has scored nearly one in two for his whole career. He is two types of striker in one.”

“It’s an emotional day. It’s an unbelievably proud day for all of us but at the same time, it’s a sad day because one of the biggest legends this club has ever seen is leaving. He’ll be back for sure in some capacity but he’s an unbelievable example, a great man and what he has done alongside Lamps is win competitions and we are talking the very best.”

“He was a great player, a great friend and somebody who will be part of my life forever.”

” I have always seen Drogba as an example to follow in terms of a centre-forward. Just watching him train helped me. Just seeing him I was amazed. I specifically used to watch Chelsea, just to see Drogba”

“Drogba is a fighter. He is the kind of player I would say ‘with you I could go to every war”

“Drogba did what all strikers should do and that is score in the biggest games. He scored three winners in the FA Cup final, got the crucial goals in two League Cup finals and who could forget what he did in Munich in the Champions League final? At his best, he was unplayable.”

“Didier Drogba and Samuel Eto’o, two fantastic African footballers. So successful. And very nice characters as well. I got the luck to know them personally. They helped me a lot.”

“If you ask me for the best players in teams over a period of time, Didier Drogba’s in there every day of the week,”

“Drogba – one of the best strikers I have seen. He had everything. Pace, really strong, good in the air – he was amazing.”

“Didier Drogba has been the best centre forward of his type, certainly in the Premier League, for the past eight years.”

“Didier was a huge figure goal-scoring wise and also with his personality on and off the pitch.”

“There are a lot of players with fantastic technique, but they are not leaders. They have not made the most of their careers, because they do not have a strong character, personality or courage. You need all of those as much as technique. Didier has it all. When you find a player who has talent and is unselfish: hai vinto. You’ve won.”

“He has always harmed us, and he continues. He’s a winner and I think that he’ll be like that until the end of his life.”

“I kept saying to people, ‘will somebody please shoot Drogba?’ because his performances were unbelievable,”

“A beast of a centre-forward who would mercilessly bully defenders. Even better, he scored in big games.”

This article was written by the member of our writer’s academy John Guru. Follow him on Twitter @Shawn254guru

For the best daily football tips, head to Oddschanger who provide recommended bets on a daily basis.