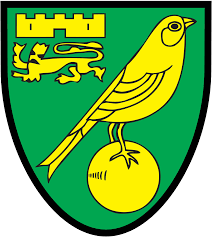 Norwich City, who moved back to the top of the Championship on Wednesday after beating Hull 3-2 have been given a further boost by news that manager Daniel Farke has signed a new deal with the club until 2022.

Another protégé of the Borussia Dortmund coaching school, Farke joined Norwich in May 2017 and struggled in his first season with the Canaries, who could only finish 14th in the table last campaign. Despite facing calls from some supporters for him to be sacked, the Norwich board held their nerve, and have been rewarded this season with the club now favourite to secure automatic promotion at the end of the season.

Farke told BBC Radio Norwich “It’s a great pleasure to work for this massive club every day. I’m over the moon that I was allowed to extend my contract. I’m 100% convinced that Carrow Road is the right place for me to be at the moment.”