Mourinho lined up by Real Madrid 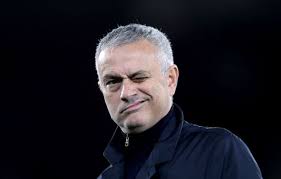 The chances of José Mourinho returning as Real Madrid manager in the summer have become much greater after the Spanish giants crashed out of the Champions League on Tuesday.

Winners of the trophy for the past three years, Tuesday night saw Ajax, trailing from the first leg, thrash Real 4 -1 in front of their own supporters, exiting early  a competition they have come in recent years as their own.

Despite manager Santiago Solari vowing to carry on as manager, it seems certain he will be sacked with his side now having nothing to play for this season. Last week they were knocked out of the Copa Del Rey by Barcelona, and their bitter rivals all but ended their interest in La Liga for the season after handing them another defeat at the weekend in El Clásico at the weekend.

After the match on Tuesday, furious Real fans gathered outside the Bernabeu stadium to chant Mourinho’s name, and now with the club in urgent need of rebuilding, they are likely to turn again to the man who managed them between 2010 and 2013, before going on to manage Chelsea and Manchester United.