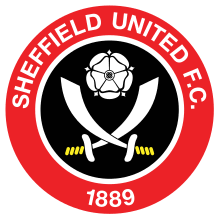 Sheffield United have been handed a boost with the news that striker Billy Sharp is set to sign a new deal for the club, as they look to win promotion back to the Premier League.

That is according to The Telegraph who reports that the 33-year old is prepared to effectively commit the rest of his future to the Blades by signing a new two-and-a half year deal.

Sharp is in his third spell at United, a club where he made his debut before going on to play for Rushden & Diamonds and Scunthorpe. He re-joined United for a three year spell between 2007 and 2010 before a series of permanent and loan moves to different clubs before ending up at Leeds United. He then moved back across South Yorkshire to Sheffield and has scored a goal every other game since his return to Bramall Lane.

His 22 goals in the Championship this season have been one of the reasons that have helped propel United into the automatic promotion places, and they have high highs that this is the campaign they can end their 12-year exile from the Premier League.