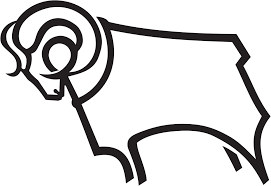 Former Celtic defender Efe Ambrose is close to signing for Derby County on a free transfer.

That is according to The Sun who reports that the 30-year old had a medical with the club last week, and has been training with the side as he closes in a short-term contract which will help boost the Rams’ promotion push.

The Nigerian international spent five years with Celtic winning the Scottish Premiership title four times, the Scottish Cup and the Scottish League Cup with them. He then moved to Hibernian, initially on a loan deal which was converted to a permanent move, but chose to terminate his contract with the Edinburgh side in January, despite being offered a new deal by them.

Now he could be ready to help solve Derby’s defensive crisis, after a season-ending injury to Curtis Davis left manager Frank Lampard with only two fit centre-backs in the shape of Richard Keogh and Fikayo Tomori.