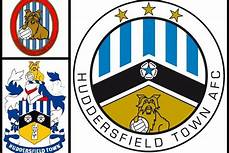 Sam Allardyce has been installed as the early favourite to take over the vacant job at Huddersfield Town following the departure of manager David Wagner on Monday.

The 47-year old German had been in charge at The John Smith Stadium since November 2015, and led them, via the play-offs, to promotion to the Premier League in his first season.

He then defied the odds and steered them to a 16th finish and Premier League survival last season, but has found things much tougher this campaign, and the team are currently languishing at the bottom of the table, some eight points from safety, having garnered just 11 points from 22 games so far.

Wagner’s chairman Dean Hoyle claimed it was a sad day for the club and lauded Wagner’s achievements in steering the club to its best finish in almost 50 years, whilst at the same time emphasising that the decision to leave was a mutual one saying “”I know the term ‘mutual consent’ is often a byword for the manager being sacked in professional football, but this is a truly joint decision. David has a real, genuine love for this club and, like me, his foremost concern in our talks has been to establish what is best for Huddersfield Town.”