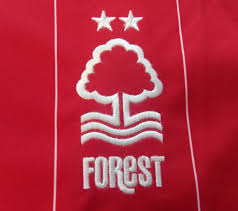 Nottingham Forest are searching for their ninth permanent manager in just six years, after Aitor Karanka was sacked on Friday.

The 45-year old Spaniard was only appointed a year ago, but, despite the club lying seventh in the Championship, just one place and 4 points off a play-off spot, he has been relieved of his duties at the City Ground, although a club statement said that he had “asked to be released from his contract”.

There have been rumours that all has not been well behind the scenes at Forest for some time, with Karanka under huge pressure from the club’s Greek owner Evangelos Marinakis to achieve promotion at all costs this season. Marinakis backed the Spaniard in the transfer market in the summer, with £23 million spent and 17 new players signed, but with the club only seven points better off in the Championship than they were this time last season, there was a feeling that the return on that investment had yet to be fully seen on the pitch.

Slaviša Jovanović, Martin O’Neill and Nigel Clough are amongst the early names to be linked with the job.