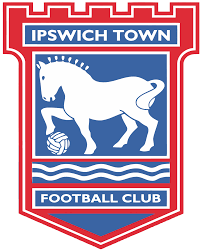 The former Aston Villa and Stoke City boss is being lined-up as the new manager of Ipswich Town.

The East Anglian club have a vacancy after sacking previous incumbent Paul Hurst and his long-term assistant Chris Doig earlier this week, following their defeat to Leeds United, which saw them plunge to the foot of the Championship.

The duo had only signed three year deals at Portman Road as recent as May, but their tenure has been brought to an abrupt end after the club’s owner confirmed in a statement that “I have decided that it is in the best interests of the club that we appoint a new manager to take us forward”.

Lambert has been out of work since he was sacked from Stoke in May after presiding over the club’s relegation from the Premier League. He knows East Anglia well, having managed local rivals Norwich City between 2009 and 2012, but, if he can steer the club out of their current predicament, the home fans are unlikely to hold this against him.