Wenger linked with return to football 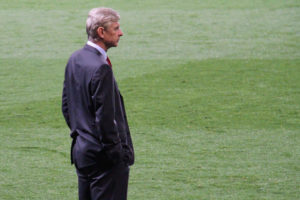 Wenger has been enjoying an extended break from football since stepping down as Arsenal manager in June, and has taken the chance to get involved in a number of activities, including being a pundit at the World Cup, attending and playing in various charity matches, and travelling to Liberia, where former player and now president George Weah, gave him the nation’s highest honour – The Knight Grand Commander of the Humane Order of African Redemption.

Now, however, reports suggest that he may be ready to take up an active role within the game once more as Director of Football with Paris Saint-Germain. Whilst PSG have enjoyed a perfect start to the Ligue 1 season under new manager Thomas Tuchel, behind the scenes there is not universal harmony, with Tuchel reportedly unhappy with current sporting director Antero Henrique, after missing out on some of his top transfer targets in the summer.

Wenger, in effect, would replace Henrique in the hopes of helping the club make a sustained challenge for The Champions League, the avowed aim of the club’s Qatari owners.