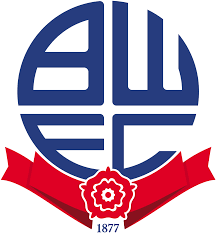 That is according to The BBC who reports that the 32-year old Irish international was available as a free agent after being released by Stoke in June following their relegation from the Premier League.

Ireland began his career with Manchester City, eventually breaking through into the first team, and making 176 appearances for them, scoring 23 goals. He was named City Player of the season in 2009, but fell out of favour the following year, and moved to Aston Villa as part of a deal that saw James Milner head in the opposite direction.

However, he struggled with injuries at Villa, and three years later joined Stoke, initially on loan, with the move made permanent a year later.

Again though injuries blighted his time with The Potters, and he missed the entire 2016 – 2017 campaign with a broken leg, whilst he could only muster 5 appearances last season.

Despite this, Bolton manager Phil Parkinson believes he can do a job, saying “We’ve got a lot of games coming up and I’m sure he will make a contribution.”