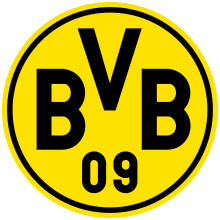 The 18-year old made headlines last year when he turned his back on a career with Manchester City in favour of a move to Dortmund and the prospect of regular first-team football.

The gamble has paid-off for both the player and the team. Sancho has already made 19 senior appearances for Dortmund, scoring twice, whilst he has helped his side top the Bundesliga, ahead of bitter rivals Bayern Munich.

Moreover, Sancho has hit the ground running this season, and the two assists he provided in Dortmund’s  4 – 2 win at Bayer Leverkusen at the weekend means he tops the “Assists League” for the top 5 European Leagues,

Sandro said “I’m so happy that I chose to come to Dortmund a year ago. Everything I was hoping for has come true: this city loves football like no other, and at BVB young players get regular playing time.”