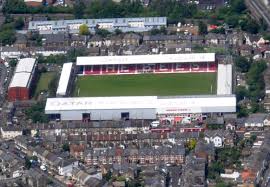 Brentford have signed young Arsenal midfielder Josh Dasilva after the 19-year old England youth international turned down a contract extension at the Emirates.

Instead he has opted to move across town and has signed for the Bees on a four-year deal with a one year contract extension.

Dasilva joined Arsenal at the age of 8, and broke through into their first team last season making three appearances in the Carabao Cup. He was included on the club’s pre-season tour to Singapore, and had been expected to stay at the club and fight for his chance. Instead, the England under-20 international has chosen Brentford as it offers a faster route to first-team football.

Speaking to the club’s website, Brentford head coach Dean Smith said “”Josh is a player who fits Brentford really well. He has huge potential, is an excellent footballer with a great personality and wants to continue his development by working hard every day. We liked what we saw and feel that we can help Josh to develop and in turn he will help our squad improve.”

As Arsenal offered Dasilva a new contract, compensation will be due to the North London side, although the exact amount has not been disclosed.