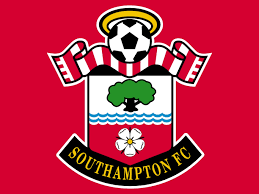 Liverpool striker Danny Ings has joined Southampton in a deal that was announced after the transfer window closed, although all the formalities were completed apparently before the 5 pm UK deadline.

In a complicated deal, outlined by The Daily Telegraph, he will initially join the South Coast side on loan for the 2018 – 2019 season, which will be made into a permanent deal on July 1st, 2019, with Liverpool guaranteed to get a minimum of £18 million from the sale, which could rise by another £2 million based on appearances. In addition, the Reds are entitled to 20% of any future sale of the 26-year old forward.

In signing for Southampton, Ings is going back to his roots in a sense, as he was born in Winchester and brought up in Hampshire, where he supported The Saints, He signed on schoolboy forms with the club but, when he was rejected for being too small, he joined neighbouring Bournemouth instead, eventually progressing to first-team football and moves first to Burnley and then subsequently Liverpool.