Everton close in on deal for AC Milan midfielder 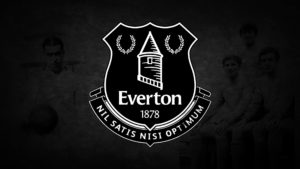 Everton are said to be close to tying-up a deal for AC Milan midfielder Andrea Bertolacci.

That is according to Football Italia who reports that the Merseyside club are ready to pay €6 million (£5 million) for the 27-year old.

Bertolacci, a graduate of the Roma academy, began his professional career at Lecce before moving to Genoa under a shared ownership deal. His form at Genoa earned him the first of his 8 international caps for Italy, and, in the summer of 2015, a big money move to AC Milan.

However a series of injuries and a loss of form saw him fall out of favour at the San Siro, and he was loaned back to the Genoese club for the 2017 – 2018 season, for whom he made 33 Serie A appearances, scoring one goal.

His loan spell up, he is deemed surplus to requirements by Milan manager Gennaro Gattuso, and now looks set for a move to Goodison Park.