Impact Ronaldo’s transfer could have on Juventus and world football

In what is the story of the summer transfer window so far, Cristiano Ronaldo has joined Italian giants Juventus for a staggering £99.2 million. This is huge money for a thirty-three-year-old, who has so far played over nine hundred games in his stellar career.

It is also a signal of intent from Juventus who are looking to keep pace with Europe’s elite. Despite their famous name and pedigree, in recent years they have been in danger of falling behind the elite on the continent and they clearly view the five times Balon D’or winner as the catalyst for their race back to the summit of Europe’s elite.

This big money move for Ronaldo is not without risk for Juventus. The forward is showing no signs of obvious decline; however the money for a player past his prime years is a moderate gamble to say the least. For a club which is lagging behind the Premier League and La Liga’s elite in terms of wealth and resources, the financial outlay on the Portuguese is considerable, but the returns could be mouth wateringly tantalising for the Turin giants.

“…in the coming days you will have my answer to the fans, the ones who have really been on my side. It has been very nice being at Real Madrid.”

Coming just minutes after they had lifted the Champions League trophy for a third successive season, Ronaldo shocked his colleagues and fans with a statement that more than hinted at finality. A week later Zidane was gone and it looked as though player power had won the day again at Madrid. However the recent strong rumours around Juventus and Ronaldo failed to abate.

With Madrid accepting such an offer, then it would appear as though they were perhaps gearing up to launch an ambitious transfer campaign of their own. Hazard, Mbappe, and most significantly, Neymar have all been rumoured to be in the sites of Los Blancos in recent weeks. Neymar, already the world record transfer to PSG last summer, is already said to be pushing for an exit from Paris. It would take a considerable outlay, even for a club as wealthy as Madrid, to land Neymar. The temptation to get the Brazilian though will be huge, already lauding their European success over Barcelona; if they landed their former superstar then it would truly be a black eye for the Catalans. 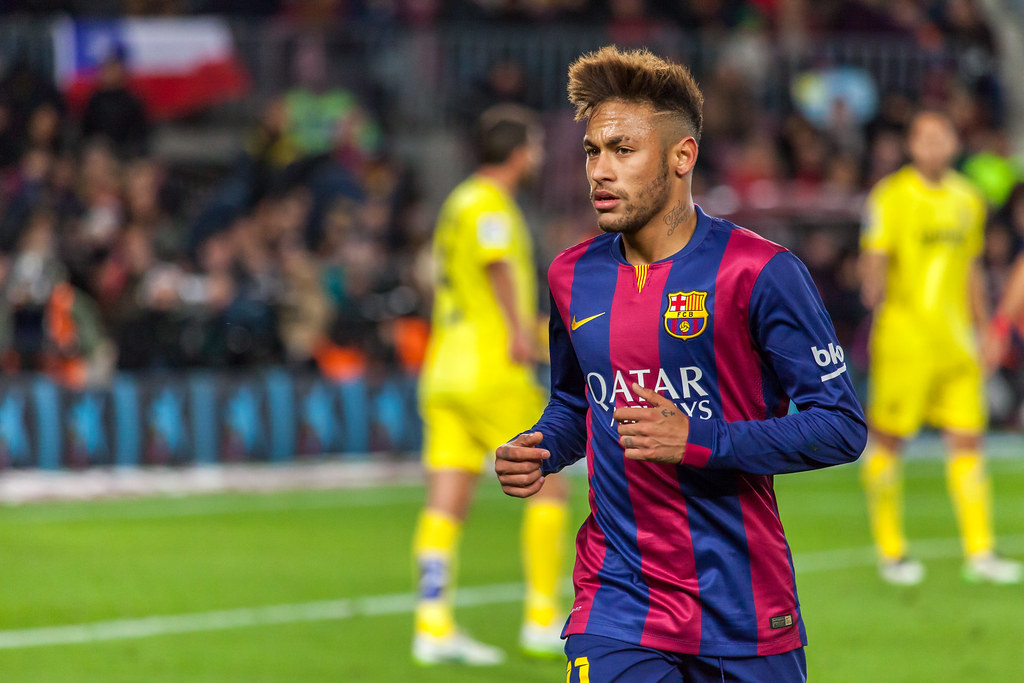 Perhaps then this is the reason why they are clearing the decks and making financial room at the Bernabeu. They have found a willing and obviously very keen buyer in Juventus and Ronaldo, seeing the writing on the wall, has secured a move. It’s a move that could actually suit the Portuguese’s monumental ambitions, quite well.

Ambition in both the camps

Ronaldo and Juventus are better suited than it first appears. There is no debate; La Liga and The Premier League are where you need to be these days. Long gone are the heady days of the nineties when clubs like Lazio, Inter and AC Milan were magnets for the world’s crème de la crème. The Italian league is now firmly in third place behind England and Spain, the figures say it all.

In 2017/18 the combined revenue for Serie A was just over two billion euros, this is actually firmly in fourth place behind England, Spain and Germany. The Agnelli Family as loyal custodians to the club, will not be naive to the diminishing stature of Serie A and while they are bound to its confines, they will be desperately trying to move the club in the same direction as their European rivals.

Their famine of European success will be painful for their fans when you consider their ridiculous domestic dominance since 2012. There is big ambition there at The Old Lady, to win the major European prize, and that perhaps explains why their crosshairs have fallen on Cristiano Ronaldo.

Their previous two Champions League campaigns have ended painfully at the hands of the mighty Madrid club. One final drubbing in Cardiff and one quarter-final stoppage time penalty defeat, having clawed back a three goal deficit, both defeats heavily influenced by the herculean efforts of Ronaldo. It is no coincidence therefore, that they have made a move for him. Winning is in his DNA, his five Champions League winners medals say it all, and Juventus will hope that he can spur them on to the title they covet so much.

Ronaldo’s career in a nutshell:

Ronaldo too will have his ambitions as he joins the talented ranks at the Juventus Stadium. Despite his many honours and records in the game Ronaldo still craves success and glory. He does still have a reasonable chance at one last, big hurrah.

Only Clarence Seedorf has one won the Champions League with three different clubs, a truly momentous achievement. It will be this honour that Ronaldo will have his sights on. It is now extremely unlikely that he will ever lift the World Cup, so perhaps he wants this one last shot headline grabbing success in his career.

There are also plenty of individual records that Ronaldo will also be eyeing up as he looks to showcase his ridiculous talent in Italy’s top flight. If his goal scoring exploits remain unchecked, as they may well be in an inferior league, he could easily break into the top ten all time goal scorers in Serie A history. He could even race past the likes of David Trezeguet and Roberto Baggio in Juventus’s all time leading scorers lists, something which will no doubt be on his mind before he even kicks a ball in anger for his new club.

The financiers at Juventus will be working overtime at the numbers behind such a gigantic move.
Ronaldo’s move to Juventus obliterates the previous record set for an over thirty transfer fee. This was Diego Milito back in 2009; when the Argentine moved to Inter Milan for just shy of £25 million. At almost £100 million, Ronaldo is mighty investment indeed.

His current annual salary of €21 million is set for a considerable increase which also puts considerable strain on the finances of the Turin based club. Already car manufacturing giants Fiat have stepped up offered to subsidize his wages, which amount to almost half of the club’s annual wage bill. Is this investment be too swollen for the club? Certainly the figures are eye watering, and may even cause friction in the squad. Stars like Higuain, Chiellini and Mandzukic may have something to say about such a move and the impact it could have on the balance of what is already a talented team.

There is however a commercial upshot to the move which may ease the burden. Currently the ninth most valuable club in the world according to Forbes, Juventus will no doubt hope to see their commercial and brand worth shoot up over night with such a player on their books. In 2016, Ronaldo accounted for just over forty percent of global Real Madrid shirt sales; such is his appeal to the cohort of millions who follow Los Blancos. If this translated to the famous black and white stripes, pinched off Notts County, then it at least takes some of the monetary sting out of the move.

The previous decade has been dominated by the gargantuan rivalry between Messi and Ronaldo. One at Barca, the other at Real, both true greats of the game and yet they are two completely different personalities. It’s a rivalry which has eaten up column inches and world limits on blogs across the world, but it is now set to take a new dynamic, if Ronaldo does get a move away from Real.

Yes they will both continue to be stellar players and performers despite their advancing years, however, the bitter rivalry between the Catalan giants and their enemies in white gave the rivalry its intrigue. It’s bound to wilt slightly with the two no longer directly head to head, but while both men are able to kick a football competitively, they will remain forever bound as rivals.

Additionally, Ronaldo is such a fierce competitor, that he is likely to see the next crop of global talent as his rightful rivals as much as anyone else. Kylian Mbappe, Kevin De Bruyne and Mo Salah to name but three have all taken the world by storm over the past couple of seasons.

They have age on their side and an adoring global fan base. Ronaldo though will be as keen as ever to match these new men while he still has the power and energy in his sinews. For a man as competitive as Ronaldo, everyone is a rival, there to be knocked out of the way in his quenchless thirst for glory.