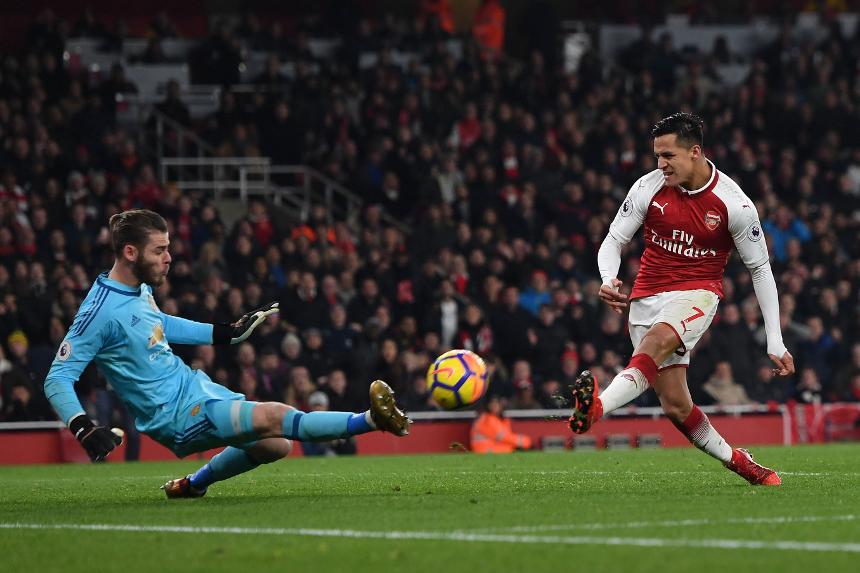 Three things are certain in life: deaths, taxes and David de Gea making incredible saves. There is no doubt that De Gea grew up from that scrawny 20-year old kid, who joined the club as a replacement for the Dutch great Edwin Van der Sar, to arguably the best goalkeeper in the world.

It was no coincidence that Sir Alex Ferguson himself skipped a Manchester United match to go scout the young goalkeeper earning rave reviews at Atletico Madrid, having done so only once before: missing the Manchester derby in 2000 to attend his son’s wedding. His decision to sign De Gea was vindicated as he continues to make logic defying saves.

At times, he seemed to single-handedly save the club’s season. In fact, in Manchester United’s 3-1 win over Arsenal in the 2017-2018 season, De Gea made a record tying 14 saves in the match; the highlight being an amazing double save to deny Alexander Lacazette and Alexis Sanchez’s rebound. Astonishingly, he won the Golden Gloves Award for the first time in 2018, seven years after arriving at Old Trafford.

In recent years, he has been hailed as one of the best, if not the best, goalkeepers in the world along with illustrious names such as Manuel Neuer and Gianluigi Buffon, as well as earning rave reviews and tributes from managers, players and legends alike. Here are some of the best quotes on David de Gea:

“I can only remember Sir Alex Ferguson missing two United matches. He missed a Manchester derby in 2000 for his son’s wedding. The other time? To scout the brilliant David de Gea.”

“I’ve seen quite few decent performances from the goalkeepers I played with: Schmeichel and Van der Sar, but tonight is probably the best one I’ve seen at Old Trafford for a United keeper.”

“He was brilliant, always in control, never panicked and never made a silly decision. That is one of the best goalkeeper performances I’ve seen”

“De Gea, you’re a superhuman man. You can catch a bullet.”

“For sheer consistency of performance at the level he has reached, I really don’t see anyone close to him. I don’t see any weakness.”

“I admire David de Gea. I cannot remember anyone coming into Manchester United and being criticized the way he was. He was the subject of every debate in the media. You haven’t seen De Gea defend himself in the media or shifting the blame elsewhere. He just gets on with it.”

“I look back at the signings Alex Ferguson made, I just wonder if he’s the best one he ever made. If you think of the great signings; Cantona, Van Persie, Ronaldo, he’s up there with them.”

“Eric Steele had been scouting David de Gea for quite a while, but then Neuer came on the scene at Schalke. So my problem was Eric, because he was adamant that we must take De Gea. I said ‘but Eric, the boy Neuer is the complete unit; he’s mature, his physique is unbelievable’, and he says ‘yeah, but in three years’ time, De Gea will be better’. I had to trust him – and I’m glad I did, because he was right.”

“I told De Gea after the match, what I saw today was the best from a goalkeeper in the world.”

“It’s getting to the point where you’re not actually surprised when he makes saves. He makes them look so easy.”

“It is unbelievable. He came from different league, he was young. He was 20 when he came. He came from Spain, he didn’t speak the language. It was normal he could have some troubles in the beginning. I think the way he turned the corner from January onwards has been a real benefit for United and one of the two or three reasons they won the league.”

“He is the best goalkeeper in the Premier League for me, and for many people. There are few goalkeepers in the world who give you points and David is one of them.”

“It’s the consistency of his performances, he makes every save feel really easy. I don’t see a better keeper in world football at this moment in time.”

“He deserves to be mentioned in the same breath as Peter Schmeichel. Think about it: Peter joined United at the age of 27, Edwin joined at 35. David, at 27, is only just entering his peak years. Believe me, he is only going to get better.”

“De Gea is outright the best goalkeeper in the world. Time and time again, he produces saves like that”

“He’s the best around. There’s no doubt about that.”

“He’s the best goalkeeper in the world, let’s not get away from that fact. He’s proven it season after season and he seems to be getting better and better.”

“I can’t see anyone actually near De Gea. I think he’s quite clearly in front of the queue for the last two or three years.”

“I think he’s the best in the world at the moment for consistency, pulling out outrageous saves and every top goalkeeper, very rarely makes mistakes and he hardly ever makes mistakes.”

“He’s very calm. At times it seems almost like it’s unconscious but that’s a good thing.”

“If it had been any other goalkeeper, we would have said his performance at Arsenal was surprising. But it wasn’t – and that is why I would argue that David de Dea is the best goalkeeper in the world.”

“He is definitely up there and I have said this a lot in the last 12 months because he has been so consistently good.”

“We talk now about who the best goalkeeper in the world is. Maybe Manuel Neuer, I think we’d all agree on that with Courtois very close. I bet if you asked those two goalkeepers, they’ve never probably put in a performance like that.”

“When they had Peter Schmeichel and Edwin van der Sar, it’s looked rock solid. De Gea in the last couple of years has been fantastic.”

‘We were talking before, when he first came, even as players we were sitting there with doubts really. A young kid just coming to Manchester United, and we needed to win every year. How were we going to do that with a young kid, who was inexperienced and looked like he was lacking confidence? But you look where he is today and that’s a sign of someone who has worked hard to get where he needs to get”

“Swansea had two good opportunities, but we had David de Gea in goal and like I always say he is a fantastic goalkeeper. I think those two saves prove his quality. The opponent might not have much, but he is always ready when shots do come and always there to save them. He is a fantastic player.”

“He doesn’t make many mistakes and even though he didn’t have much to do until about 70 minutes, you could see he is the right man in the right place. There are not many goalkeepers who could have stopped both of those chances.”

“Maybe a couple of years ago there was a debate about whether he was or was not the best goalkeeper in the world, but I don’t think there’s any question about it now.”

“De Gea is high, has good feet, comes with authority and is agile… has everything to be one of the greatest goalkeepers in the next ten years.”

“We are now seeing a huge improvement in his game. And he is winning United match after match, which is what I expect from a United goalkeeper. He has now become a great goalkeeper.”

“Sometimes in training you hit a shot and then turn away thinking it has gone in, but he just manages to get there and save it. I am delighted for him. He came through a tough patch early on in his career here and he is starting to prove what a top keeper he is now.”

“Well I think the biggest compliment I can pay him is I hate him, so do all Liverpool fans. He is world class, some of the saves he’s made. He has no right to make some of them saves. He makes difficult shots look really easy, which is what world-class keepers do. He probably is the best keeper in the world at this present time.”

“I think he is. From what I see, if I was picking a world XI then David de Gea would be in it. Peter Schmeichel is the greatest Premier League goalkeeper but De Gea is second. We have had some greats, Seaman, Cech but he is that good.”

“We talk about goals being scored in the top corner and overhead kicks, this is the same thing. This ball is in all the way. It’s like he is flying, his feet aren’t even touching the ground. To win the title, you need your keeper to save you 12-15 points.”

“In my eyes he is the best keeper in the world. The performances he has shown for us have been fantastic. He is not as tall as some other keepers, but his reach is really long.”

“We were delighted for David, because he deserves it. He’s incredible and thoroughly deserves the Golden Glove. In his first season he came under a lot of criticism for his stature and size, but it’s the way he’s conducted himself; the way he’s improved and learned and progressed as a player.”

“There are fantastic Spanish goalkeepers now, Casillas, Valdes and Reina. De Gea has a brilliant future of course but the competition at the moment is fierce for that position. He is very young for a goalkeeper, but his career has been fantastic so far.”

“For me, he is definitely in the top three goalkeepers in the world. He gives the defense and the team in general so much confidence.”

“He is the real deal. His footwork is brilliant, he anticipates as well, he can read forwards and if you watch, he makes a lot of his saves with his feet. He is incredible.”

“He is a top keeper and he is only going to get better. To play at this club at such a young age and have so much on your shoulders, says enough on its own.” ­

This article was written by the member of our writer’s academy Mostafa Khatter. Follow him on Twitter @MustafaKhatter