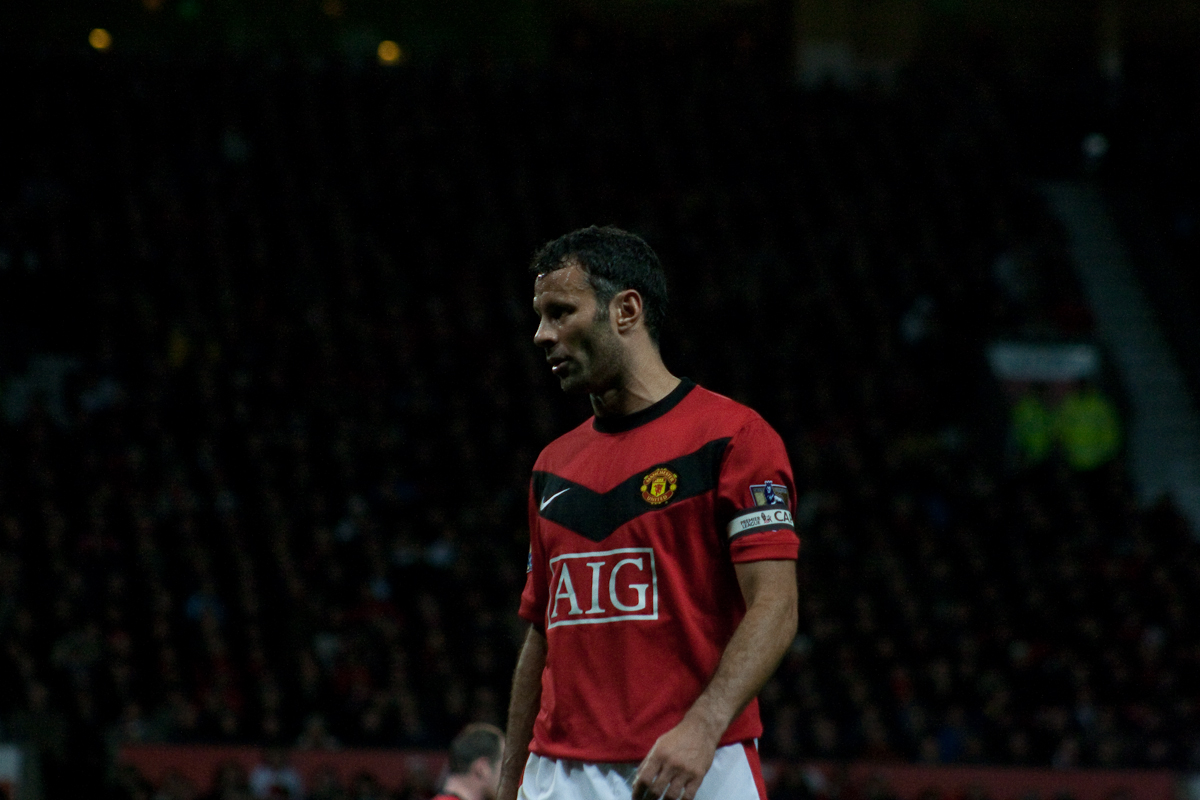 Ryan Giggs is one of the few football players who played for one club only. He was part of the much renowned class of ’92 Manchester United team, which included illustrious names including Paul Scholes, David Beckham, Gary and Phil Neville, and Nicky Butt. He spent 23 years in the first team of Manchester United, a career spanning 24 years from 1991 to 2014, where he made 672 appearances, scored 114 goals and made 162 assists. In fact, he holds the record for most Premier League assists. Giggs also is the only player to have played in 22 successive Premier League seasons, and he is the only player to have scored in 21 successive Premier League seasons. In 2012, he was named the best player in the Premier League’s 20 Seasons Awards. Without further ado, here are the best quotes on Ryan Giggs by his former teammates, managers and other illustrious players:

“The first time I saw Giggsy, he was playing for Salford Boys against United’s apprentices. He was thin and wiry, but he just glided past four of our apprentices as if they weren’t even there, then he put the ball in the back of the net. I just thought ‘This kid’s an absolute natural”

“He has been an unbelievable player. The only problem I saw in him is that he played for the wrong team, from my point of view. He should have played for us.”

“It’s almost impossible to replace a player like Ryan Giggs – you do not find many players like him. He is a rarity. He has world class attributes and has achieved so much at one club. You can only look up to him”

“He’s a legend. He’s up there with the very best. He’s probably the top of the mountain with his appearances, his wins, his wins, his goals, his fitness, his dedication. I can’t speak highly enough of them and he’s that role model for any aspiring footballer.”

“I stood still, and it was like slow motion in and out, gliding in and out. He’s like a gazelle. He had this grace about him and he was making body movements without even touching the ball and Lee Dixon went wrong, Martin Keown went wrong. I just saw him going through going through……That was Ryan Giggs; that was what Ryan Giggs was all about; this was Giggs’s moment.”

“Ryan Giggs would be worth two billion now.”

“Eric Cantona is a great player, but he’s not as good as Ryan Giggs.”

“Maybe one day people will say I was another Ryan Giggs.”

“There will never be, in my opinion, somebody who is going to play at that level from the age of 17 to 40. It’s quite unbelievable”

“If he was French, Pires or myself would have been on the bench.”

“We’re talking about the Premier League, I don’t think you can look beyond anyone on that left side than Ryan Giggs.”

“We’re here to pick a combination of best Man United XI and best Liverpool XI……. Just put Ryan Giggs in; he goes straight in, without a doubt.”

“I don’t want to demean or criticize any of the great or very good footballers who played for me during my 26-year career at United, but there were only four who were world class: Cantona, Giggs, Ronaldo and Scholes.”

“Only two players made me cry when watching football, one was Diego Maradona and the other Ryan Giggs.”

“Ryan is amazing. His energy, his work rate, his passing and his movement are unbelievable. It’s a privilege to play with him.”

“Ryan makes you believe there is a football God.”

“Like Best, there is a special fantasia about him.”

“I can’t remember exactly how old I was, but I remember pretending to be Ryan in the back garden.”

“The Premier League has seen some outstanding players, but because of his age and longevity at one club, Ryan has to stand out as the best.”

“I think anyone who loves football should raise a glass to this remarkable man.”

“When I arrived, he was playing. Now, 15 years after I retired, he’s still playing. It’s crazy.”

“It is amazing, exceptional, something I as a footballer have difficulty in believing not that somebody can play 1000 [games], but over 600 are with the same team – this is great, this is the club and you play for the club with your heart, you belong to this club.”

“Ryan Giggs for me is one of the best players in the world, and now he is old but he continues to play well and he was a fantastic player.”

“His place in history is assured. I doubt we’ll ever see a career like his again.”

“What a career! A fantastic leader, example & inspiration for young players. A true legend!”

“Ryan Giggs has been one of the greatest players ever to wear the red shirt of Manchester United. What he has achieved will never be equalled in the English game.”

“Any manager in the world would want Giggs in their side”

“He has the most talent than any other football player. He is delicate and dynamic. He is the player chosen by god.”

“Beckham and Scholes have shown their talents as goal scorers for England, but Giggs is the best. He was brilliant against us and he will be even better next year”

“There’s no way that Ryan Giggs is another George Best: he’s another Ryan Giggs.”

“It’s almost impossible to replace a player like Ryan Giggs. You do not find many players like him. He has world class attributes and has achieved so much at one club. You can only look up to him.”

“It’s so rare for one person to be at the same club for so long. There was so much hype surrounding him at the beginning but he has surpassed it all.”

“Ryan Giggs is fast, skillfull and sharp. With Luis Figo, he is the most fantastic winger I have ever seen in my life.”

“He’s a living legend and to play against him for someone like me, who has seen him play for so long, is a pleasure and a privilege.”

“Outstanding player, what he’s done in the game, his mindset when he played in centre midfielder for Manchester United for two or three years says it all. The best left winger there will ever be.”

This article was written by the member of our writer’s academy Mostafa Khatter. Follow him on Twitter @MustafaKhatter