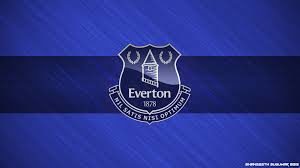 Everton are prepared to spend £32 million on Bayer Leverkusen left-back Wendell, as new manager Marco Silva looks for a long-term replacement for Leighton Baines. The former England man is now 33, and, although he played 22 Premier League games last season,  he is now in the latter stages of his career at Goodison Park.

The 24-year old Brazilian is first-choice for the Bundesliga side, for whom he has played 102 times in all competitions since joining from Gremio in his native country in 2014.

A Brazilian under-23 international, Wendell was called-up to the senior squad for their World Cup qualifiers against Bolivia and Venezuela two years ago, but has yet to earn a senior cap.

The fee quoted of £32 million would surpass the club-record fee of £30 million Everton paid Burnley for Michael Keane 12 months ago.

According to The Sun, Everton have also been linked with a move for Hertha Berlin’s Marvin Plattenhardt, who is currently on World Cup duty with Germany.