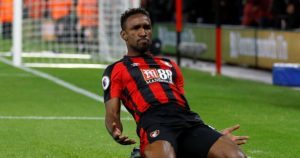 Bournemouth have made a £10 million bid for Brentford defender Chris Mepham.

The 20 year-old Welsh International has been on the Premier League side’s radar since January, and now they have made a formal offer for the player reports The BBC.

Mepham began his career as a youngster with Chelsea before switching to Brentford a 14-year old, and first came to the attention of The Cherries he was playing for Brentford’s B team. Subsequently, he has broken into the Brentford first team after making his debut in January, 2017, and has turned in a series of impressive performances.

Despite the fact that he was born in Hammersmith, Mepham qualifies to play for Wales, making his debut for his country’s under-20 side at the 2017 Toulon tournament.

He was subsequently called-up for the senior side by manager Ryan Giggs and made his international debut in front of 80,000 people at California’s Rose Bowl stadium last month, as Wales played out a scoreless draw with Mexico.