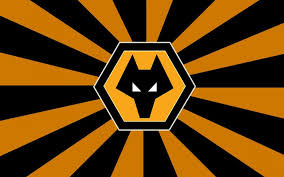 Newly promoted Wolverhampton Wanderers are close to agreeing a season-long loan deal with Portuguese club Benfica for their Mexican striker Raul Jiminez, which includes an option to buy him for £30 million as well.

According to Portuguese newspaper Record Wolves will pay Benfica a sum of £4.5 million to take Jiminez on loan for the season, as well as contribute £900,000 to his wages.

Jiminez, who is part of Mexico’s World Cup squad in Russia was Benfica’s record signing when he joined the club from Atletico Madrid in 2015. However, he endured a frustrating time in Lisbon last season, only starting six times, with his appearances mainly confined to coming off the bench.

The striker was lined-up to move to West Ham three years ago, but the deal fell through when he allegedly overslept and missed his medical. More recently he was linked with Everton last summer at which time he said “The Premier League is a great championship, but you have to wait. I don’t close any doors and we’ll see what happens.”

Now it looks like he is ready to experience life in the Premier League first-hand.