John Terry can miss Chelsea games if Villa get promoted 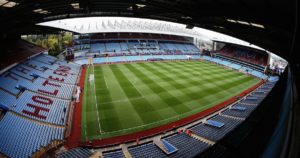 ESPN report that former Chelsea captain John Terry will not have to face his former club next season if Aston Villa are promoted back to the Premiership.

Terry moved to Villa last summer after 19 years at Chelsea, and has played a major role in guiding them to the edge of a return to the top flight, with only Fulham standing in their way, as the two clubs are set to meet in the Championship play-off final at Wembley on Saturday.

Now Villa manager Steve Bruce, who acknowledged that the ex-England skipper chose Villa over a Premier League club because he did not want to have to face his old team, has said that the 37-year old will be able to decide for himself if he wants to miss the games against Chelsea next season if his side gets promoted.

Terry has made 32 League appearances for Villa this season and Bruce is hoping that his leadership and experience will prove vital against Fulham this weekend.