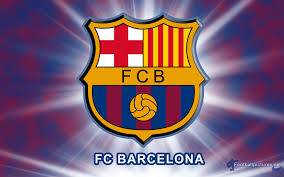 According to Reuters, Spanish midfielder Andres Iniesta is on the verge of a move to Japan, just days after playing his final match for Barcelona.

They report that he is ready to sign for top-flight Japanese club Vissel Kobe, with official confirmation expected later this week.

Kobe is owned by Hiroshi Mikitani, chief executive of Rakuten, Barcelona’s main sponsor. Currently sitting 7th in the J-League, they have never won the Japanese league championship. Already at Kobe is former Arsenal player and ex-German international Lukas Podolski, whilst former Barcelona and Real Madrid star Michael Laudrup played for the club for one season in the 1990s.

Iniesta called time on his Barcelona career, having joined them as a 12-year old. He played 674 times for the club, winning nine La Liga titles, six Copa del Reys and 4 Champions League titles. The veteran is expected to retire from international duty after the World Cup, having scored the winner in the 2010 final against the Netherlands.