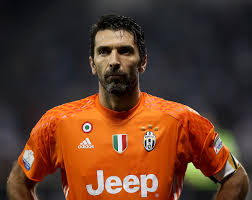 The 40-year old legend retired from Juventus after 17 years at the club last weekend, after a glittering career that saw him win eleven Serie A titles and 4 Coppa Italias. He also won a record 176 caps for Italy, captained his country and won the World Cup with them in 2006.

Now it looks like, rather than hang up his boots as had been widely expected, he may be headed for a spell in France, with the current French champions. If he does move, however, Buffon may have to be content with a seat on the bench under new manager Thomas Tuchel, with PSG president Nasser Al-Khelaifi, insisting that current incumbent Alphonse Areola would remain the club’s number one goalkeeper.

Despite this, it appears that PSG are ready to hand Buffon a contract until 2020, and offer him up to £7 million a year, far more than he ever earned at Juventus.