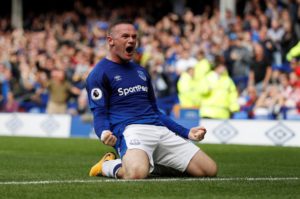 Sky Sports reports that Sam Allardyce is set to leave Everton in the next 24 hours, as Marco Silva prepares to take over at the Merseyside club.

It is understood that Allardyce will meet Farhad Moshiri, majority shareholder at the club on Wednesday, when he will be told that his six month reign at Goodison Park is coming to a premature end. The former England manager, who took over when the club were under relegation threat following a poor run of form under previous boss, Ronald Koeman, managed to secure a top eight finish for his club after finishing the season with just two defeats in their final nine league games.

However, the style of football they played attracted heavy criticism from Everton supporters, and it is no surprise that they have decided to appoint his successor.

Everton tried to recruit Silva when he was managing Watford last November, offering as much as £12 million as compensation for the Portuguese. However, the Hertfordshire club rebuffed their approaches, only to sack him two months later after a poor run of results.