Best Ray Hudson Quotes – the Man and His Words 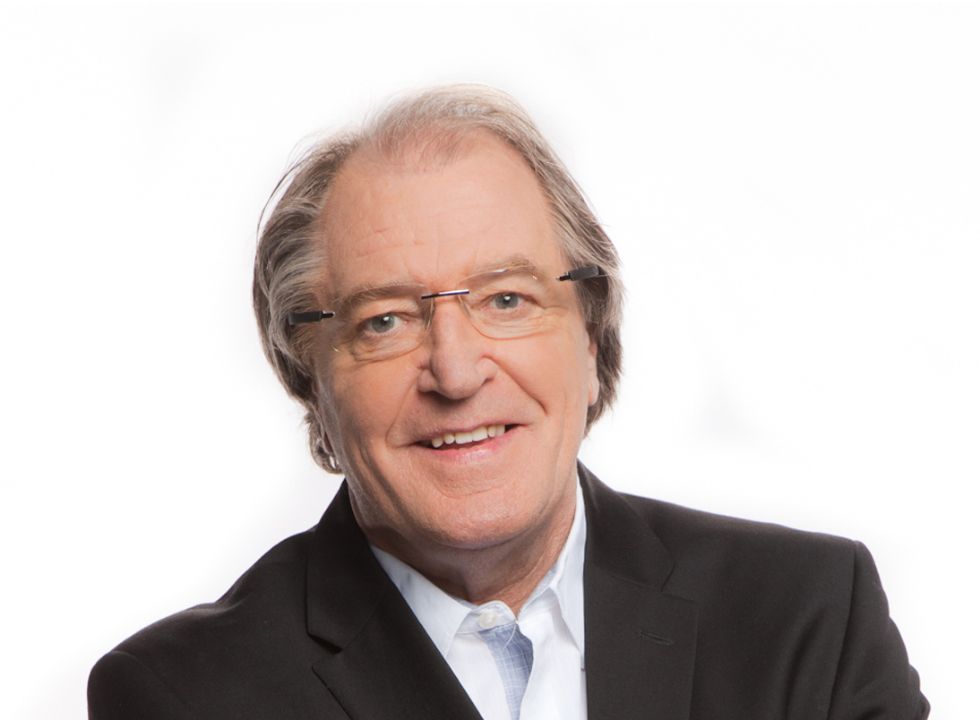 Some have called Ray Hudson “the greatest football commentator of all time”, with a unique style of commentary and use of elaborate and extravagant metaphors far removed from the dry factual reporting of a number of his fellow sports reporters.

He is based in the US where he hosts a daily radio programme, The Football Show, on Siriux XM Radio, as well as commentating for beIn Sports, which holds the US rights to show La Liga, Serie A, and Ligue 1, as well as the South American World-Cup qualifiers.

Despite having lived in the US for 40 years, Hudson is originally from Gateshead, and has lost nothing of his Geordie accent during his stay stateside. Normally many people in his native Britain would not have heard of Hudson because he mainly broadcasts to an overseas audience. However, thanks to YouTube and social media, Hudson has become something of a global sensation, with Shakira, who is the partner of Barcelona’s Gerard Pique, numbering amongst his fans, describing him as her favourite sports’ commentator.

Ha! Funny! That must be @RayHudson, my favorite sports narrator over the face of the earth! https://t.co/QRrgLz8PiA Shak

And even those sports fans in the UK who do not know Hudson’s work directly, will be familiar with his style from another sporting poet from the North-East, the late, and much-loved, Sid Waddell, who became famous for his lyrical and evocative commentary on darts and pool.

Waddell was rightly renowned for his rich use of allegory and metaphor in his match reporting, with quotes such as “he looks about as happy as a penguin in a microwave”, and “his eyes are bulging like the belly of a hungry chaffinch” among his most memorable.

In fact, Hudson acknowledges his debt to Waddell, saying in an interview with the Newcastle Chronicle in 2014

“Oh yes, I owe him a lot. I used to listen to him and he was magical. I never played darts but I watched it on telly because Sid elevated the whole sport with such colourful descriptions.  He brought real drama and excitement to a sport not renowned for it”.

“I try to do the same for soccer in the States. Our target audience is young and they want over-the-top exuberance”.

Hudson began playing football as a 17-year old with his local team, Newcastle United in 1973, where he acquired the nickname Rocky. After 4 years and 25 appearances, he moved to Fort Lauderdale in the US and began an itinerant career, which saw him play for a number of clubs over a 15 year career. Although never a major star, he was named in five All-NASL (North American Soccer League) squads and, in 1984, in the Best XI.

Retirement due to injury led eventually to coaching, first with Miami Fusion and then DC United. Renowned for his fiery personality, Hudson also became known for his wit, stories and quotes, saying when he took charge of DC United that “there’s a lot of talent on this team, and I’m talking Anna Nicole Smith type of talent”. He went on to describe one of his players as a footballer who “will stab his grandmother in the eye for another bowl of porridge”, whilst, on being fired by the Washington club after a defeat to Chicago Fire quipped “someone get me a blindfold and a cigarette”.

Having started with local football commentary at the same time as his coaching career began, he quickly came to the notice of major broadcasters, and was hired by ESPN for their 2002 World Cup coverage where he quickly made a name for himself with his idiosyncratic style. Most memorably, when asked whether the US goalkeeper, Brad Fridel, owed a debt of gratitude to his defenders after a 1 -1 draw with South Korea, Hudson said that, in his shoes he would be “kissing their bums in the shower”.

Thus, a star was born, which continues to shine brightly to this day. He even featured in a 2014 TV advert for Dairy Queen, which used his over the top style to describe the ice cream and which became a favourite amongst viewers, many of whom did not know of his work beforehand.

Hudson is a particular fan of Lionel Messi who he frequently describes as a genius, but many other players have come in for special treatment and praise in his unique style. Here are some of the best Ray Hudson quotes to enjoy.

“He [Messi] could follow you into a revolving door and come out first!”

“Absolutely astonishing from the man from Argentina, who is cleaner than Neutrogena with his finish”.

“You could drop a tarantula into his pants and he’d still be cool”.

“Again the Medicine Man arrives and sinks his flaming spear into the heart of Real Madrid”.

“The nerve of the cat burglar and cool as the seeds”.

“Born in the crossfire hurricane and he is Jumpin’ Jack Flash Right Here!”

“They tell me that all men are equal in God’s eyes, this player (Messi) makes you seriously think about those words”.

“Softer than a mother’s kiss with his [Messi] control, deadlier than Dracula with his finish”

“He [Messi] disperses his atoms on one side of the defenders and puts them back together on the other side.”

“He’s like a Jedi Knight; no, better than that, a Templar Knight”

“And this is a goal that’ll give Barcelona fans an arousal that’ll last more than four minutes, so you  better call your physician!”

when Messi scored a brilliant goal in November 2010 El Clasico.

Well, it is safe to say Hudson is a huge Messi fan and each of little Argentine’s brilliant moves brings the best out of the passionate commentator.

“Giving Cristiano that much time and space on the ball is like giving Dracula the keys to the blood bank”.

“This is not just a dream, it’s a wet dream of orgasmic proportions”.

“This (free kick) has more curves to it than Jessica Rabbit on steroids”.

“He is as electrifying as a Jimi Hendrix guitar going into an hot tub.”

“Real Madrid fans have to wear sunglasses while watching their team because this star-studded team of diamonds is just astonishing”.

“Llorente has an absolutely impossible task to hit that first time. Well, he just threw a pint glass into a shot glass, Astonishing.”

“De Gea see Llorente turn the ceramic brakes on and turn like a Ferrari”.

“Braver than a matador in a pink tutu he was”.

“Xavi needs help like a fish needs a bicycle.”

“Pogba’s proven one thing: he can get a job in a butcher’s shop any time he wants if this football thing doesn’t work out”.

His quote on Iniesta:

“Magic from Iniesta. He doesn’t pull rabbits out of his hat, he pulls out big, beautiful peacocks.”

“David Villa has got an eye for goal that would make the cyclops jealous!”

Hudson after a Victor goalkeeping error:

“Victor again does his impression of the Exxon and spills it.”