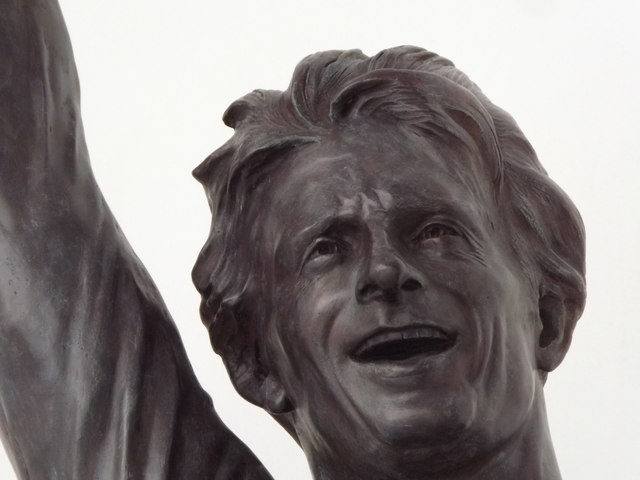 Denis Law was one of the best strikers to have played football. He was nicknamed Denis the Menace by the opposition supporters while the Old Trafford faithful lovingly called him the ‘Lawman’ and ‘The King’. So, how good was Denis Law? Here are a few quotes on the Scot by the players of that generation.

“Denis Law was my hero as a player. I idolised him. When I first met him I was so excited. It was at a game in Paris, he had played in the first half and we went for a cup of tea afterwards.

“I thought: ‘This is it, I’ve made it, I’m having a cup of tea with Denis Law!’ For me, he epitomised everything a Scotsman is about. He was daring and courageous, he had that bravado about him and he had style. He was a truly fantastic footballer.”

“He was a phenomenal footballer and there was hardly anything of him, he was so slight. You would have thought defenders would have snapped him in two with crunching tackles, but you would be wrong. Denis mixed it with the biggest physically, but it was they who came off second best. He scored fantastic goals throughout, yet there were countless ones from one or two yards. He was also a superb all-round footballer, not just a goalscorer. He is a super guy and I am proud to have him as a friend.”

“Denis was fast, arrogant, tough, skilful, sharp, good in the air and it all just boiled down to a fantastic player. He was magic. Denis was a fierce competitor too – not long after that I played against him for England when we came up against Scotland, and he tried to kick me in the first minute! He was right up for it and he could handle himself, all right. If somebody fouled him he would be up and telling them he’d chin them!”

“When I turned professional at Millwall, my signing-on fee was tickets to the 1963 Cup final when United beat Leicester and Denis scored. Three years later he was a team- mate, and he also scored on my debut for United in the derby against City, a fantastic overhead kick. Denis was deadly between the penalty spot and the six-yard box. He had lightning fast reflexes and if a goalkeeper mishandled, he was on it in a flash. He leapt like a salmon when heading the ball. Denis was also a class player outside the box, though he never tackled. He would beat opponents by playing one-twos and through his quickness of mind.”

“Up there with the all-time greats. Electric. As a bloke and as a pal he’s different class.”

“Denis was a poacher in the 18-yard box, where he came alive. He could read situations and was a brilliant goalscorer. When I made my United debut at Stoke in March 1968, I was so proud stood on the centre spot at kick-off alongside my boyhood hero. It was a dream come true. I was still studying for a degree and he nicknamed me Bamber [Gascoigne] after University Challenge. And when I bump into Denis, he still calls me Bamber, which is great after all these years.”

“I am a Manchester lad and I idolised the ‘Lawman’ when I was young, so it was fantastic and an honour to play alongside him. I have been lucky to have had a long career, as a player and coach, and Denis is without doubt one of the best players of all time and a world-class striker. He was great to me, giving me an education both on and off the field. As a young boy, he said to me: ‘Remember two little things. Never stand still in the box and, if you are ever out wide, stick the ball to the far post and I will be there.'”

“I was a young player when I signed for United in 1960 and not long after Denis returned from Italy as the club was still rebuilding. Our job was simply to defend and get the ball to the halfway line, give it to Denis, Bobby or George and let them do their job, which was to win the game for us. Denis had a beautiful touch and wonderful shimmy. His movement was excellent, he was lightning quick and he also had a rare talent of being able to see everything in front of him. He would commit the keeper to go one way and prod the ball in the other side.”

“Denis was fantastic – a great player and a funny man too. He was so hilarious. We had some great times on the pitch, but that was the case off the pitch as well. He was a real mickey-taker. I’ll always remember us lining up for Scotland in the tunnel at Wembley before playing England in 1965. It was Nobby Stiles’ first game for England and I wished him all the best. Nobby looked at Denis and wished him all the best, and Denis told him to eff off. It really made me laugh but Denis was totally serious!”

“The public absolutely loved him. They couldn’t take their eyes off him. When the ball went into a position where Denis might be there to put it in the net, the fans would step forward in anticipation. There were times when he was simply unstoppable. Whenever I see Denis at Old Trafford now it’s always a pleasure. He’s always got that cheeky look about him – and he could be incredibly cheeky as a player. I feel so proud to be associated with him. He was a great player and it was an honour to share a pitch with him.”

“Manchester United has had some great finishers – Ruud van Nistelrooy, Robin van Persie – but Denis was the best of the lot. If I’m not mistaken, he was the first player to employ the scissor kick and scored some spectacular goals. The one that stands out was the goal that never was in the European Cup semi-final second leg against AC Milan at Old Trafford in 1969. Denis’ header crossed the line before the keeper scooped it out; it wasn’t given.”