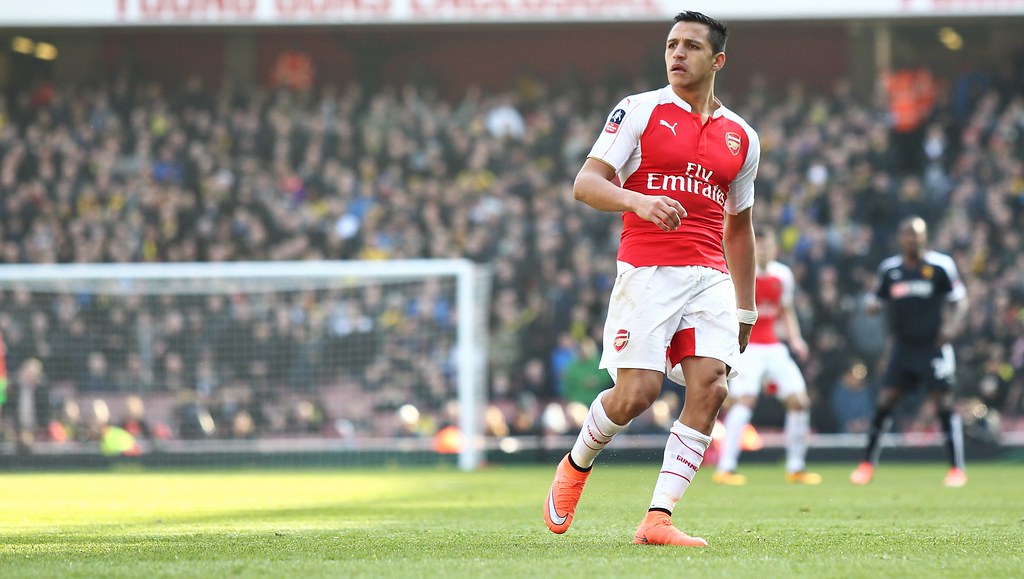 Sanchez has been the brightest spot in every Arsenal season since he moved to the Emirates Stadium from Barcelona in the summer of 2014. It is no wonder then that the north London outfit are so keen to keep hold of him for as long as they can. However, with the club in doldrums as their Champions League qualification hopes hang in the balance and Arsene Wenger still to sign his new contract, the future of the Chilean remains a source of concern for the Gunners.

His potential move to Stamford Bridge will have the twin impact of strengthening Chelsea and consequently weakening Arsenal.

Mbappe has burst on to the European scene this season like no other player. The Monaco forward has been in irrepressible form through the course of the ongoing campaign, having scored 21 goals in all competitions to guide the principality outfit atop Ligue 1 table and on the verge of a spot in the last four of the Champions League.

No wonder then that he is a hot prospect in the transfer market and his signing will make the Gunners reminisce the good old Thierry Henry days. He will be a big upgrade on Olivier Giroud.

Verratti is one of the best midfielders in the world, and is still only 24. The Paris Saint-Germain player dictates play from his position in deep midfield like no other. He has previously been linked with a move to Barcelona, however, Manchester United have also registered their interest in the Italian.

Verratti dictating the tempo of play while Paul Pogba does his thing may just be the tonic that reinvigorates Manchester United.

Isco was heavily linked with a move to Manchester City when Manuel Pellgerini took charge of the Citizens in 2013. But the Spaniard decided to move to Real Madrid instead. It would be fair to say that Isco isn’t exactly enjoying being on the bench at the Santiago Bernabeu and having to compete with James Rodriguez for whatever limited minutes that the two get.

He will be perfect partner in the middle for Leroy Sane and Raheem Sterling on either side, and just the ideal long-term replacement for the ageing David Silva.

Mauricio Pochettino’s project at White Hart Lane is getting stronger with each passing year. The Argentine’s squad has been built on largely young, hard-working players and the inclusion of the hugely talented Pulisic will further strengthen the north London outfit.

The American can play in diverse forward positions and will be an ideal man for Pochettino’s fluid system.

The asking price of Lyon for their captain may put Liverpool off but they need to strengthen their forward department. The Frenchman has been a goal machine in the French league.

And while Liverpool lack a true-blue central striker, Lacazette is just the guy for Jurgen Klopp to put his faith in.