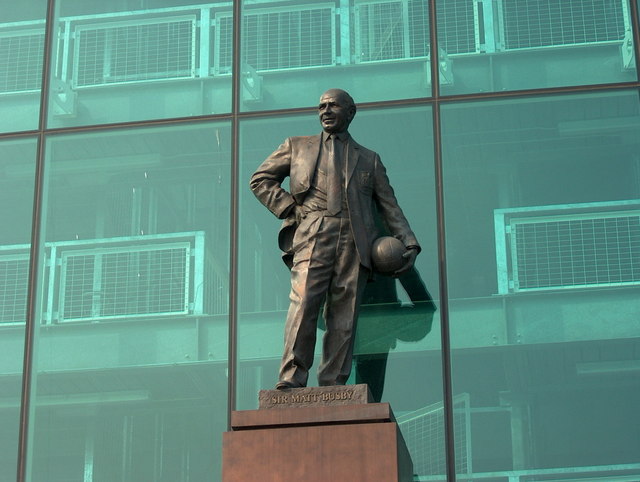 Sir Matt Busby is regarded among the greatest managers of all time courtesy of his 24-year stint at Old Trafford during which he made the club one of the most respected and feared outfits in world football. And he did it all despite the unfortunate plane crash in February 1958 that killed several members of his young team, including the hugely talented Duncan Edwards.

But before he donned the managerial hat, Busby was a talented player himself and went on to have an eight-year spell at Manchester City during which he played more than 200 league games for the Citizens. He also featured in over a hundred games for Liverpool after moving to Anfield in 1936 and staying there for five years. It may come as a surprise for many Manchester United fans that one of their greatest ever managers had such long spells at two of their biggest rivals.

Busby also had a brief stint at Chelsea during the war years and made three appearances for the Blues. He ultimately hanged his playing boots in 1943 and took reins of Manchester United two years later.

Sir Matt Busby was never regarded as a tactical genius but what he had in spades was nous to win games. He had the great ability to spot talent and trusted the players to do the job on the pitch. It was the sense of sportsmanship that he instilled in his charges that they went on to achieve so much.

Sir Matt Busby only ever managed one club during his managerial career and through the course of his 24 years in management he built several great sides. Manchester United during the 1950s – before the Munich disaster – were a very special side and ran Real Madrid very close in the 1957 European Cup semi-finals.

We will never know how many European Cups they would have won in the following years as they matured under Busby.

Busby managed some of the greatest players in the world at the time, including Bill Foulkes, Duncan Edwards, Dennis Law, Bobby Charlton and George Best among others.

The Scotsman’s legacy at Old Trafford is well-established and he will always be remembered for being the first manager to win the European Cup with an English side.

Sir Matt Busby ranks among the greatest managers of all time. He built a team that won several titles, lost several members of his brilliant team to the tragic plane crash and still went on to create another great team that eventually became the first European champions from England.

His greatness lies not just in the success he achieved at the helm of Manchester United but the way he steered them through the worst crisis that afflicted the club and left them in a strong position when he eventually vacated the post after 24 long years.