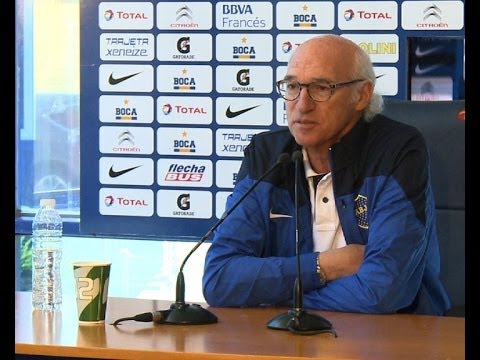 Carlos Bianchi started his professional career at Velez Sarsfield in the Argentine top division in 1967. He was a gifted goalscorer and went on to score a remarkable 121 goals from 165 league appearances during his first six years at the club before moving to Stade de Reims in France.

The goals kept coming from Bianchi’s boots in Ligue 1 as well as he amassed another 107 league strikes before he landed at Paris Saint-Germain. At the Parc des Princes, he would go on to score 64 goals in 74 games and is widely regarded as one of the greatest imports in the Parisian club’s history, ranking alongside Safet Susic and Zlatan Ibrahimovic.

He would go back to Argentina and return to France in his later playing career before appearing in his last season with Reims in 1984/85. Bianchi’s playing career yielded just one league title but he was the top goalscorer in France in six of his seven seasons in the country and won laurels for his goalscoring exploits at home as well.

However, after a playing career punctuated with individual successes, Bianchi would be graced with collective glory as a manager.

Bianchi was a great believer in giving space to the talented players and allowing them the freedom to express themselves. His thinking was that if the best players win their individual battles on the pitch success for the team would follow.

He drilled defensive discipline in his teams and they would be extremely hard to break down while the exquisite talents in the forward areas of the pitch would win them the games.

It is hard to look past his first his 1998-2001 reign at Boca Juniors when he won three league titles, two Copa Libertadores and the 2000 Intercontinental Cup for which his team defeated Vicente del Bosque’s Real Madrid.

During his two stints at Boca Juniors, Bianchi went on to manage some of the greatest Argentine players of their generation, including Juan Roman Riquelme, Martin Palermo, Fabio Coloccini, Walter Samuel, Sebastian Battaglia and Guillermo Barros Schelotto.

When the greatest Argentine managers are discussed two names are always going to come out on top: Cesar Luis Menotti and Carlos Bilardo. The two will always hold a special place in the Argentine football history owing to their World Cup-winning successes in 1978 and 1986, respectively.

However, neither of them could match Bianchi for skills as a player and his later success as a manager. Seven league titles and four Copa Libertadores wins keep Bianchi head and shoulders above his countrymen.

Bianchi is ensured of his place amongst the greatest South American managers of all time courtesy of his unprecedented four Copa Libertadores triumphs. However, his place in the all-time greats would have been even higher if he could replicate his managerial success in Europe.