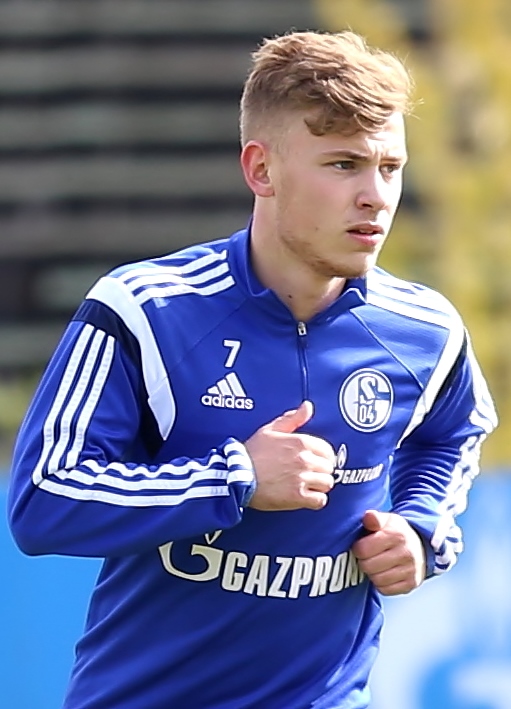 Max Meyer started his football career very young and moved to Gelsenkirchen giants Schalke in 2009 before progressing to the club’s first team in 2013. He has been one of the hottest prospects in German football.

Meyer is an attacking midfielder with fantastic movement. He is able to drop a little deep to support attacking moves, move to the touchline in order to provide width and ping crosses in, and he is perfectly capable of making intelligent runs in the box to get to the end of passes.

He primarily moves towards the left wing when he has the ball and his all-rounded game has also seen him being deployed as a centre-forward at Schalke.

He has become an integral part of the first team at Schalke and while still only 21, he has already amassed close to 150 appearances for the first across all competitions. This season has been a constant fixture in manager Markus Weinzierl’s starting eleven.

Meyer started the season as an attacking midfielder but Weinzierl has deployed him as a centre-forward for Schalke’s last few games and he has contributed to the team’s cause with two assists.

The youngster appears to have a bright future at the Veltins-Arena and if he continues developing at the same pace as he has done in the past than Schalke might find it hard to keep hold of their prized possession. It is very likely that he could follow in the footsteps of former club teammates Julian Draxler and Leroy Sane and make a big money move.

Meyer represented the Germany Under-15 side in 2009 and progressed to through the age groups all the way up to the national team. His debut for the senior national team came against Poland in 2014 when he came on as a second half substitute for Maximilian Arnold. He has gone on to make four senior appearances since and got his first goal in a 1-0 win over Finland in October this year.

The youngster is a dynamic midfielder, not a position that Germany lack in as they already have the likes of Mesut Ozil, Draxler and Sane ahead of him so he has fierce competition to beat in order to become part of Joachim Low’s side. However, at 21, age is on his side and he has plenty of time to progress and stake a claim in the national team.