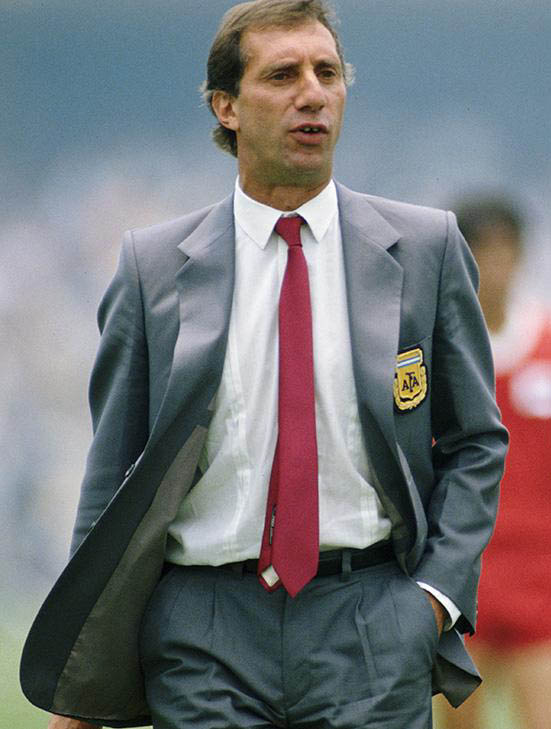 “I like being first because second is no good. Being second is a failure. For me it’s good that if you lose you should feel bad. I’d feel very bad if we lost a match and that night I’m seen out eating calmly in some place. I can’t allow it.  Shows are for the cinema, for the theatre, football is played to win”, that is how Carlos Bilardo saw football and that’s how his teams played it.

Bilardo, a pragmatist, went to any length to ensure that his teams came up trumps even if that meant stretching the rules to the breaking point.

Bilardo was embedded to his system that was modelled after Osvaldo Zubeldia’s tactics of sticking to a game plan, which more often than not was based upon a proactive approach of nullifying the attacking threat of the opposition.

The former midfielder earned flak from his compatriot for the regimented nature of his teams that didn’t allow much room for individual innovation. However, it is to Bilardo’s great credit that he devised the system of employing wing backs at the 1986 World Cup that allowed all the room for Diego Maradona in the centre to roam free and wreak havoc.

Bilardo took charge of the Argentina national team in 1983 and took them to the peak of world football three years later. In 1990, he almost emulated Vittorio Pozzo’s feat of winning back-to-back World Cups but his team’s march to the title was stopped by Germany in the final.

Bilardo didn’t have a very distinguished managerial career at the club level. But his achievements during the seven years at the helm of La Albiceleste remain unparalleled.

Bilardo had the good fortune of coaching the greatest player in Argentine history: Diego Maradona. It is hard to see the Argentines winning the 1986 World Cup without the individual brilliance of the diminutive genius there to see them through the toughest of games. Indeed, it was his ball that unlocked a resolute German defence in the final and put Jorge Burruchaga through on goal to clinch the winner.

The manager also had Argentine legends Jorge Voldano and Oscar Ruggeri at their peaks in his team.

Bilardo will go down in football history as the man who won Argentina their second World Cup. La Albiceleste’s successful campaign in Mexico in 1986 will never be eclipsed when Bilardo’s greatest achievements in football are brought up for discussion.

Bilardo’s greatest achievement lies in his ability to deploy a system that would harness the football potential of Maradona at the 1986 World Cup; a system that allowed the great man to do that he willed in order to torment the opposition defences.

Although he isn’t counted amongst the greatest managers that the game has ever seen, primarily because of a lack of trophies at the club level, the World Cup success still puts him amongst the very best.