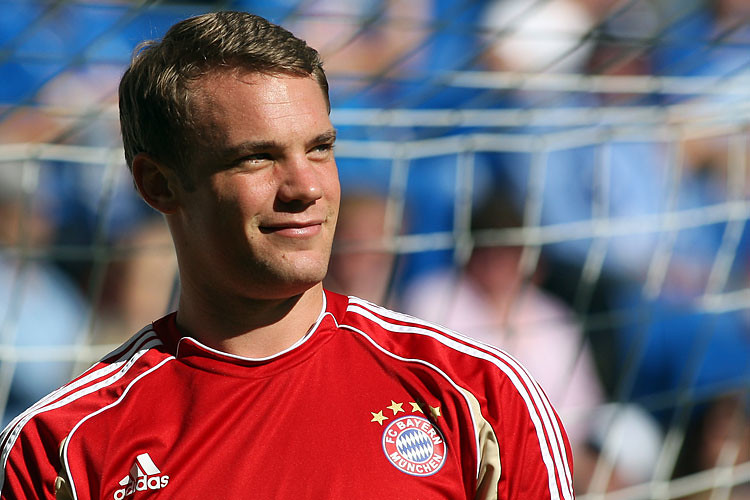 France Football have announced the list of 30 nominees for the Ballon d’Or 2016 to be held on January 9, 2017. FIFA have not yet announced their plans after discontinuing their six years of partnership with FFF. It is quite possible that the FIFA World Player of the Year award will be called back from retirement. Like the previous few years, the usual suspects – Cristiano Ronaldo and Lionel Messi are the favourites for the Ballon d’Or 2016.

The sweeper keeper has long been considered one of the best in the world. He is an ideal custodian for a team trying to play out from the back – like Bayern Munich did in the three years under Pep Guardiola – but at the same time his huge frame and quick reflexes make him extremely successful on one-on-ones as well.

The Atletico Madrid defender has been a rock in defence for quite some time. Godin, together with his compatriot Jose Maria Gimenez, has given many defending master classes for both Los Rojiblancos as well as the Uruguay national team.

The central defender was a pivotal presence in both Real Madrid and the Portuguese national team’s starting elevens during their successful campaigns in the Champions League and the European Championship respectively.

Ramos remains one of the best defenders in world football. He formed an integral part of the Real Madrid side that won their second European Cup in three years and finished second in La Liga in an extremely close title run-in.

Modric formed the heart of the Champions League-winning Real Madrid side and was also the star of the show for the Croatia national team as they started their European Championship with a sparkling win over Turkey.

The box-to-box midfielder won the Bundesliga in his first season in German football following transfer from Juventus in the summer of 2015. He then went on to guide Chile to their second successive Copa America triumph.

Iniesta, like he has done for so long, was the spark in Barcelona midfield as they collected the domestic double of the league title and the Copa del Rey. However, the Catalan outfit failed to become the first team to win back-to-back Champions League trophies after narrowly losing to Atletico Madrid in the semi-finals.

The Spain international has become the everywhere man in the Atletico Madrid midfield. He is able to play in a box-to-box role, as a passing metronome as well as a creative influence in Diego Simeone’s outfit. On top of it, his supreme athleticism sees him constantly dropping deep to help in defence.

Ronaldo scored the Champions League-winning penalty for Real Madrid in the final against arch-rivals Atletico Madrid. He started the season slowly but picked pace as the campaign progressed. The Portuguese national team captain then proceeded to help his country to their first ever major trophy at the European Championship in France.

The Uruguay international finished the season as the top scorer in La Liga with 40 goals that saw him win the European Golden Boot. He contributed immensely to Barcelona’s double-winning campaign. However, he missed out on international duty at the Copa America owing to an injury.

The Barcelona stalwart missed about a couple of months due to injury but was at his imperious best upon his return as the Catalans continued their domestic dominance. A win at the Copa America in the summer would have made him an even stronger candidate for the Ballon d’Or.