Are these the five most controversial red cards in Champions League history? 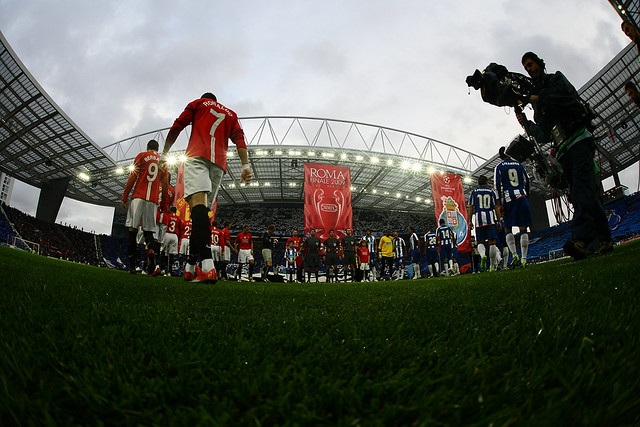 In one of the most infamous instances of a red card being dished out, Thiago Motta was sent off for a hand in the face of Barcelona midfield lynchpin Sergio Busquets. The Catalan went down on the turf as Motta got his marching orders.

But what has stood out from that game is the cheeky peek-a-boo that Busquets gave towards Motta while lying down on the pitch to see if the Italian was indeed getting sent off. Barcelona won the game but went out of the competition after an aggregate loss. Mourinho went on that crazy celebration at the Camp Nou and it is fair to say that that red card contributed a fair bit towards the animosity that the current Manchester United manager holds towards Barcelona.

In what turned out to be the last season as manager for Sir Alex Ferguson as manager, he couldn’t take his team beyond the round of 16 of the Champions League. And many attribute that to the controversial red card that Turkish referee Cuneyt Cakir dished out to Nani at Old Trafford.

Nani went for a high ball with his foot, blissfully unaware of the presence of Alvaro Arbeloa in the vicinity. The Portuguese didn’t get the ball but a decent piece of Arbeloa’s head. Cakir gave the marching orders to Nani and the Red Devils still argue that it was an unfair sending off.

Having won the first leg at the Emirates Stadium 2-1, Arsenal started the second leg with a slender advantage and when Busquets scored an own goal after Lionel Messi slotted the game’s opening goal in the first half, Arsenal were staring at the possibility of eliminating Barcelona.

But then Robin van Persie, who was already on a yellow card, was controversially sent off for failing to stop the play after an offside whistle had gone. The Dutchman reasoned that he couldn’t hear the call due to noise inside the Camp Nou but it didn’t help his cause. Gunners went on to lose 4-3 on aggregate.

Pepe was immediately sent off for a foot on Dani Alves as the Brazil international grimaced in pain.

Then Real Madrid manager Mourinho went on a tirade at the press conference, asking “Why? Why?”, as his team went out after losing 3-1 on aggregate, with Messi scoring one of the greatest Champions League goals in history.

Lazar Markovic was sent off for barely brushing the face of Basel’s Behrang Safari. The Serbia winger had every right to feel aggrieved as it clearly looked unintentional.

To compound his problems, Markovic was subsequently handed a four-match suspension as his conduct was deemed violent by UEFA.