Can Paul Pogba win the Ballon d’Or with Manchester United? 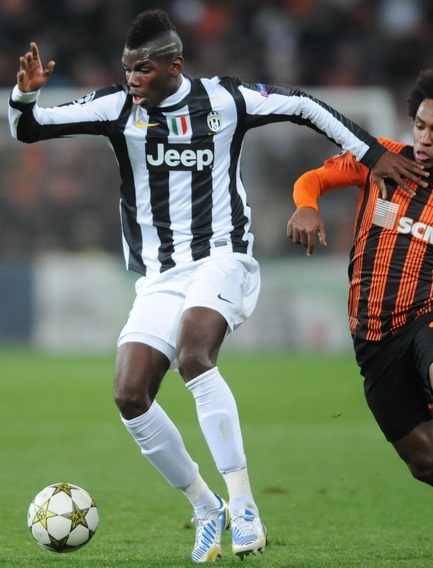 Manchester United’s world record signing Paul Pogba will have the eyes of the world watching his every move as he is being touted as one of the best midfielders in the world. And as such, the humongous price he commanded for signing from Juventus comes as no surprise.

However, the massive fees will not be a hindrance for Pogba as he simply doesn’t come across as a player to be fazed by such things and will likely go about his business like he has been doing all his young career. In his four seasons at Juventus, the Frenchman went on to win four league titles and ran the team’s midfield with impunity.

He is likely to do the same with the Red Devils and the new Manchester United manager is certainly impressed with what he saw of his prized possession in his first match against Southampton.

“He was fantastic”, was Mourinho’s assertion of Pogba’s performance.

“The fact that his first action was bad – loses the ball, gives a free kick to the opposition – means that you can see even more the ego and the personality. So comfortable in the skin of a star. So confident. Considering his training and that it was his first match of the season, he played phenomenal.”

Pogba is likely to be at the forefront of players who are going to be in contention for the Ballon d’Or in the future. However, Mourinho doesn’t feel his chances are all that high, at least not yet.

“When you speak about the best players in the world, you go immediately to the ones that score a lot of goals”, Mourinho said when asked about Pogba’s chances of winning the individual honour.

“The top goalkeepers over history didn’t get a gold ball, so you look immediately to the ones that score a lot of goals. Can Paul score the same number of goals as [Cristiano] Ronaldo and [Lionel] Messi? Not even 25 per cent I believe. I believe in a season he can’t score 20 goals. But he’s one of the best midfield players – maybe the best in the world.”

Mourinho is correct in his belief that goalscoring players have an unfair advantage when it comes to winning individual honours, but then midfielders winning the prestigious Ballon d’Or is not unprecedented. There have been several to take the trophy home, including Ronaldinho, Kaka, Luis Figo and Zinedine Zidane in the immediate past.

And certainly if Pogba continues performing at the same level as he has done in the past, there is no denying that he will be contention for winning the top individual honour. Also, Messi and Ronaldo aren’t exactly young, while Pogba is still only 23.

He is likely to win the Ballon d’Or while at Manchester United. The only question is how many?