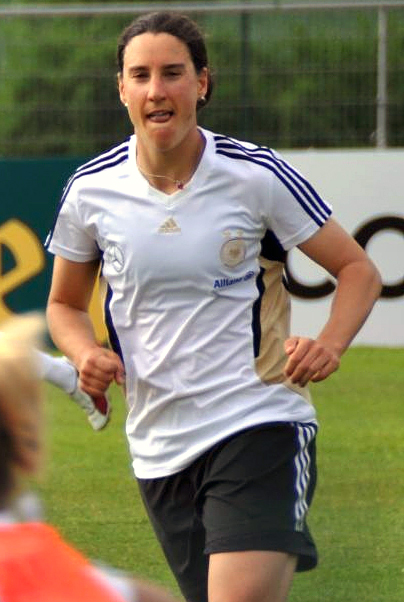 The Brazilian star is one of the greatest female footballers of all time. Pele himself has reported to have called her “Pele in skirts.” She holds records galore. With 15 strikes she is the record holder for most goals scored at FIFA Women’s World Cup tournaments. She was a member of the Brazilian national teams that won the silver medal at the 2004 and 2008 Summer Olympics.

Marta has also won numerous honours for her clubs. She holds the distinction of winning the Ballon d’Or five successive times, something no male footballer has ever achieved.

The former United States international is one of the biggest names in the history of women’s football. She is a two-time Olympic gold medallist and FIFA Women’s World Cup winner. By the time she retired from international football she had accumulated 275 caps and had scored a then record 157 goals as well as 114 assists – numbers that no male footballers have come close to emulating.

It is no surprise that she won the first two editions of the FIFA World Player of the Year in 2001 and 2002.

The former Germany international has had a chequered career. Prinz went on to win six league titles, ten German Cups and three UEFA Women’s Cups at the club level. For Germany, she garnered two World Cups and five European Championships as well as three bronze medals at the Olympics.

Her heroics saw her win three successive FIFA Player of the Year trophies from 2003 to 2005. She also finished as runner up to the prestigious individual honour an unprecedented five times. By the time Prinz hanged her boots in 2011, she had amassed 128 goals from 214 international matches.

Wambach is one of the most successful female footballers of all time. She began her international career in 2001 and during her 14-year stint with the United States national team she went on to win numerous accolades. She retired with 184 goals from 255 international matches a record that has no match in both the male and female versions of the game.

She went on to win two Olympic gold medals – at the 2004 Athens games and the 2012 London Olympics. Wambach finally won the World Cup after two third place and one second place finish in 2015 in Canada before hanging her boots that same year.

The United States international put in a splendid display during the 2015 World Cup final against Japan as she scored a peerless hat-trick to help her side to a 5-2 win and avenge the 2011 defeat against the same opposition.

Lloyd has had a very successful career, having won two Olympic gold medals – at the 2008 Beijing games and the 2012 London Olympics – as well as the 2015 World Cup. She is still going strong at 34, having scored 88 goals from her 224 international appearances.