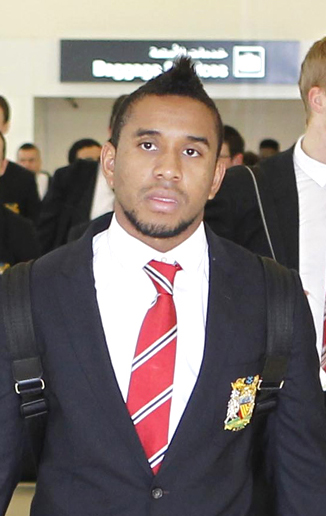 The former Brazil international has had a well decorated career so far. During his eight-year stint at Manchester United, he went on to collect four Premier League titles, two League Cups and the 2008 Champions League amongst others. However, even the keenest of football watchers will be at pains to find out any real impact that the Brazilian made at Old Trafford.

The 2005 FIFA Under-17 World Cup Golden Ball and the 2008 Golden Boy winner promised much, earning appreciation for his vision in midfield. But he failed to live up to the early promise and has all but faded into oblivion.

A product of Barcelona’s famed La Masia youth academy, Dos Santos was a quality midfielder who rose up the ranks to make his senior debut for the Catalans in 2007 at just 18 years of age. His performances saw him make most of the best youngsters lists at the time.

The ambitious Mexican sought a move out of Barcelona in 2008 in search of first team action, but his career has only gone downhill since. Dos Santos was sent on loan spells during most of his time at White Hart Lane. Still only 27, he is currently plying his trade in the MLS, failing to make it at the highest level.

Unlike most English footballers Cole was fantastic on the ball. He knew how to treat it, where to find a pass and bring others into play. A product of West Ham United’s youth academy, Cole became one of the early purchases of Roman Abramovic’s Chelsea.

However, Cole could never set the stage on fire contrary to his early promise and after a seven-year spell at Stamford Bridge moved to Liverpool in 2010. He has largely been a journeyman since.

The Israeli, a product of Barcelona’s La Masia youth academy, was billed as the ‘next Lionel Messi’. Like the Argentine, Assulin rapidly rose through the ranks at the Catalan outfit and was on the fringes of first team selection at only 17.

He was part of Pep Guardiola’s 2007/08 league winning Barcelona B side and it appeared that the manager would promote the youngsters to the senior squad upon his promotion. Assulin made his Israel national team debut 14 days shy of his 17th birthday in 2008, becoming the youngest debutante for the national side. But it all went downhill for him since. That debut cap remains his only one, and he is now playing in the Israeli domestic league.

The Englishman was signed by Ajax Amsterdam at just seven. It led to intense media scrutiny and combined with the collapse of his parent’s marriage around the same time, Pike suffered a nervous breakdown and was never the same again.

It is hard to say how far he would have progressed had things gone according to plan, but the fact that a youth-centric club like Ajax signed him definitely shows that potential was there.