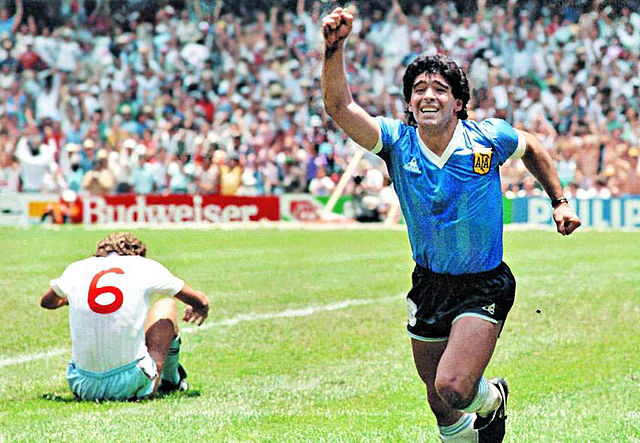 The hand of god

Diego Maradona was a fierce competitor. He wasn’t one to let go off any opportunity to gain advantage even if it was through illegal means. And England bore the brunt of his conniving ways, when he blatantly scored with his hand in the 1986 World Cup quarter-final to give his team the lead against the Englishmen.

He ultimately scored the greatest goal of the century later in the game but the supporters of the Three Lions will always remember the little genius for his opening goal. To rub it in further, Maradona declared that his goal was payback for the war in the Falkland Islands.

The disgrace of Gijon

West Germany and Austria played the last game of Group 2 at the 1982 World Cup in Spain. The equation had so worked out that if West Germany could get a 1-0 win from the game, they would qualify for the knockout stage of the tournament at the expense of Algeria and Chile.

After getting the goal in the tenth minute through Horst Hrubesch through a series of sustained attacks, the West Germans decided that they had had done enough and proceeded to pass the ball between themselves in their own half. That result didn’t impact Austria’s qualification to the knockout either so they were content in doing the same. The match finished 1-0 to the West Germans, but the world saw the most thuggish game in the history of football. That absolute disgrace and sham, led to FIFA changing the rules so that the last group games kick off at the same time.

The Battle of Santiago

As Chile prepared to host the 1962 World Cup, having suffered the most powerful earthquake in history; two Italian journalists chose the opportunity to write the most obnoxious things about the Chileans and their country.

They disparaged the general populace and wrote vile things about the host nation. And when Chile faced the Italians in a group game, they saw it as an opportunity to avenge their countries honour, as a result, what transpired was more a street fight and less a football match. Chile won 2-0.

The handball goal of Thierry Henry

Thierry Henry is the most hated figure in Republic of Ireland after he dashed the hopes of the Irish team’s qualification to the 2010 World Cup through a blatant hand ball that became an assist for William Gallas.

France had won the away leg 1-0 and the Gallas’ goal saw the second leg finish in a 1-1 draw, meaning that the French qualified for the World Cup with a 2-1 aggregate win at the expense of the Irish.

The Chile goalkeeper cut himself with a hidden razor during a World Cup qualifying game against Brazil in order to get the Brazilians disqualified from the quadrennial extravaganza.

Brazilians’ disqualification would have meant Chile would go through, but Rojas’ plans were foiled when it was revealed that his injury wasn’t the result of a flair thrown from the Brazilian supporters, but it was a case of self harm.

Read the full article: Football’s biggest controversies: When Chile were banned from the World Cup