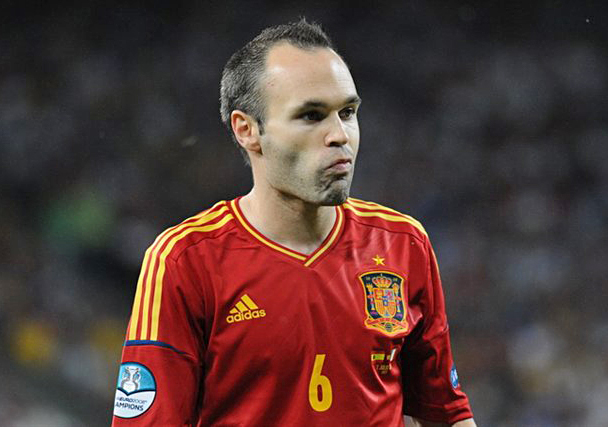 The two-time European and 2014 World Cup winner is showing no signs of slowing down. He has been invaluable for the Spanish national team for so long and is continuing to show his pedigree in France.

Although the Barcelona captain has only one assist to show for his efforts in France so far, a player of his belletic movement and exquisite touch can never be judged merely by the statistics. Iniesta remains the untouchable cog in the Spanish machine and they will need the little genius on top of his game in order to win a third successive European crown.

The West Ham United midfielder has been decisive with his contributions for the France national team at the Euros so far. The pre-tournament expectations were that Paul Pogba will be leading light of the side, but as the Juventus midfielder has struggled to find his club form for the country Payet has risen to the occasion.

He provided the assist for Olivier Giroud’s opening goal against Romania and then scored an exquisite late goal to seal an opening night win for Les Bleus. He scored from another late strike against Albania in a 2-0 win, and almost repeated the late heroic three times in a row against Switzerland only to be denied by the bar.

The Sevilla midfielder has been a decisive presence in the Spanish outfit as they have gone on to win successive Europa League trophies. He had also been an essential cog in Poland’s Euro 2016 qualifying campaign, and now, he is continuing to be an impenetrable rock in defensive midfield.

Blessed with impressive reading of the game, he has the speed and nous to see the opposition threat and kill it off before it blossoms. Krychowiak will hold the key to Polish fortunes as they attempt to win their first major trophy in international football.

When Wales qualified for the European Championship for the first time in their history, the two-time Champions League winner and the world’s most expensive player Gareth Bale was the focus of attention for all teams. However, on the evidence of Welsh performances so far, Ramsey is the one who makes the whole team tick.

The Arsenal midfielder’s tireless running and his role as box to box midfielder has been essential for Wales and without his willingness to make contributions in both attack and defence, Wales would be so much worse.

The Juventus defender was recently labelled by the new Manchester City boss Pep Guardiola as his favourite player in the world. And the 29-year-old has gone about his usual business at the heart of the Italian defence.

A solid centre-back, Bonucci is exceptional in tandem with Giorgio Chiellini, however, one aspect of his game that is often overlooked is his ability to make precise long passes. It has been on show during the group stage of the tournament and Italy will hope that Bonucci continues in the same vein throughout the tournament.