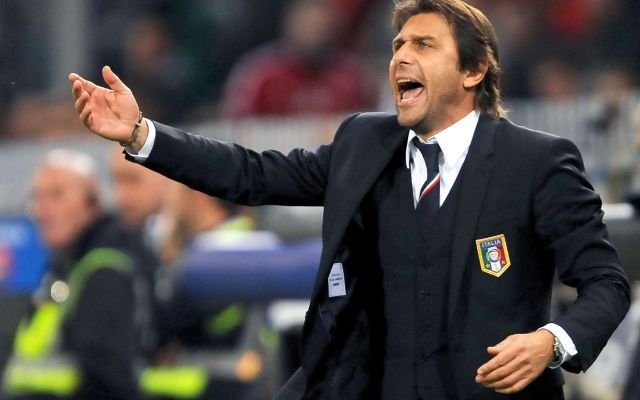 When Jose Mourinho was unceremoniously sacked from the Chelsea job last year, rumours started swirling that the London outfit were going to hire Antonio Conte to steady the ship of the team that made a hash of their title defence last season. However, not many believed those rumours to be true, expecting that the former Juventus boss would stay at the helm of the Azzurri at least until the 2018 World Cup.

Nevertheless, the speculation came true as he signed on the dotted line to join Chelsea from next season. And it means that he would get only one chance to guide the Italian national team to a major tournament during this stint as manager of the Azzurri.

Conte was appointed at the helm of the national team after the resignation of Cesare Prandelli at the end of an unsuccessful 2014 World Cup campaign. The former Italy international was handed a two-year contract and given the task of leading the team to the European Championship this summer.

The moment of reckoning has now come for the manager renowned to be a hard task master. Conte’s only managerial stint at a team in the top flight was with Juventus where he stayed from 2011 until his sudden departure in 2014. He elevated the misfiring Old Lady to three successive league titles, and two Italian Super Cups to restore the club to their former glory.

It was the foundation that he laid at the Juventus Stadium that has allowed Massimiliano Allegri to build a strong side on. Allegri has led the Italian giants to two more league titles and to the final of the 2015 Champions League.

Conte is known for his perfectionist attitude, his relentless desire to get the most out of his players and his inability to tolerate any kind of indiscipline or lack of effort from his players. It is well documented that during his Juvnetus days Conte would often chide his players even after wins if he saw that they could have given more on the pitch than they actually did.

Italy are four-time world champions. For a team that has such great pedigree at the highest level, they have won only one European Championship – or to put it more crudely, as many as Greece and Denmark. It is a head-scratching statistic. Even though they have made three finals in total – losing in 2000 to France and in 2012 to Spain, their record cannot be considered worthy of the team’s pedigree.

Will Conte be able to put the record straight and deliver Italy their second Euro title? Only time will tell, but there is no denying that Conte is the ideal man to take them to the promised land.

Conte, true to character, has shown no favouritism or bias when it comes to selecting his squad for the tournament in France. Andrea Pirlo, who was an instrumental player during Conte’s three years at Juventus, has been left out due to him playing in the less competitive MLS. Mario Balotelli, who is never far from a controversy, has also been left out, even though Italy are struggling for quality forwards.

However, Conte has a good side and he is the best man to get the best out of his chosen team.