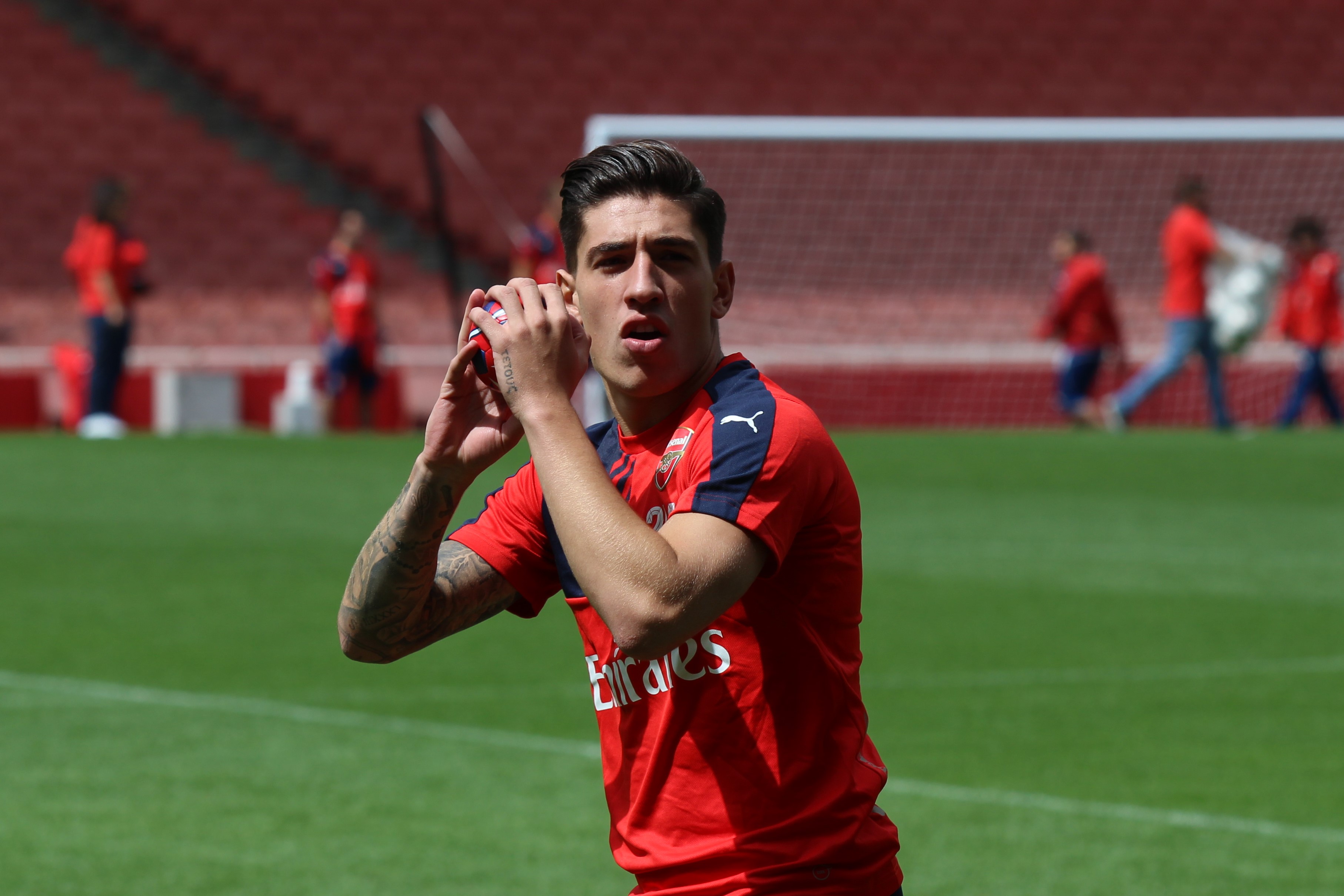 Arsenal defender Hector Bellerin has made it to the Spanish national team for the upcoming European Championship due to be held in France later this month through the back door. However, no one can say that he didn’t deserve a spot in La Furia Roja squad considering the hugely successful campaign he enjoyed at the Emirates Stadium in the 2015/16 season.

The youngster, who was signed by Arsenal from Barcelona’s famed La Masia youth academy when only 16-year-old in 2011, has gone on to become an indispensable member of the Gunners’ first team at the tender age of 21.

The Catalan made his debut for the north London outfit in a League Cup clash against West Bromwich Albion in 2013 and it followed a short loan stint at Watford before he returned to the Emirates Stadium.

A sequence of injuries – to Calum Chambers, Mathieu Debuchy and Nacho Monreal – left Arsenal thin at the back. And manager Arsene Wenger put his faith in the youngster to give him his Champions League debut in a tough away match against Borussia Dortmund at the imposing Signal Iduna Park in September 2014.

That night, Bellerin couldn’t change the fortunes of his team as they lost 2-0, but he had done enough to warrant more regular appearances with the Gunners’ first eleven. A long-term injury to Debuchy meant that Bellerin pretty much became the first choice right-back for the Gunners. And the Spaniard’s rise has been so rapid that Debuchy had to move out on loan in order to get some regular first team minutes.

Debuchy’s quest for first team football was down to his desire to play for France in the European Championship at home. But as things have turned out, despite Debuchy’s loan move to Bordeaux, he has missed out on a national team call up from Les Bleus manager Didier Deschamps, whereas Bellerin is on his way to France with Vicente del Bosque’s squad.

The right-back is blessed with blazing speed and has proved to be tough nut to deal with for the opposition player on his side of the pitch. He reads the game well, and is unafraid of moving forward with the ball and is good at releasing it for players better positioned than him.

Bellerin’s performances have already seen him attract attentions of some of the major European clubs, with Barcelona being linked with a move for their former youth prospect. Manchester City, now under the management of Pep Guardiola have also been linked with a move. However, Bellerin has given indications that he is very happy with life in London and plans to stay at the Emirates for a long time to come.

But it is only a matter of time before he becomes a regular for the national team.