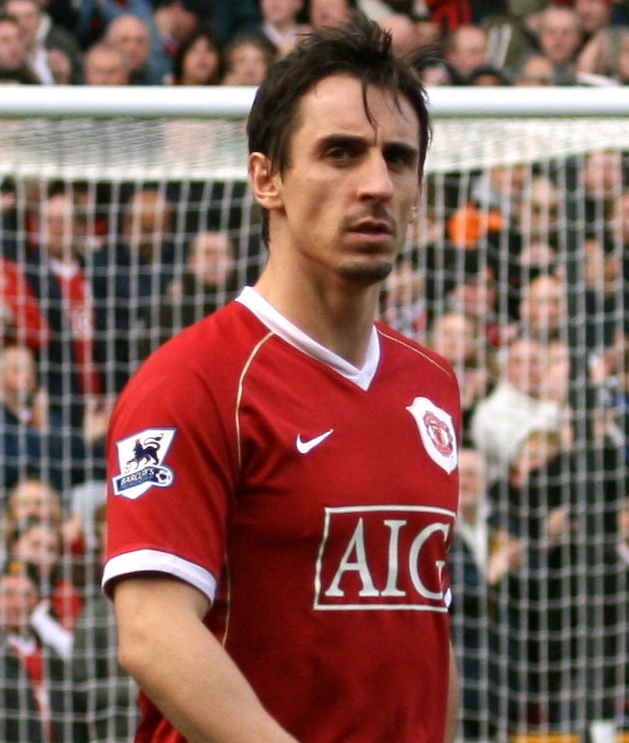 If you like hard working people, then you’ll love Gary Alexander Neville. Born in Greater Manchester in 1975, Gary Neville has had an incredible journey so far. One of Manchester United’s most loyal servant, Gary is also one of the most decorated English footballers of all time. The former United skipper has won 20 major trophies in his time at Old Trafford.

Gary Neville won the hearts of Old Trafford faithful with his pure passion and love for the club. His ability to lead was exemplary and his work ethic was second to none. Neville inspired a generation of young footballers including one of the greatest players of all time – Cristiano Ronaldo.

Gary Neville’s ability as a player and captain was acknowledged, praised and talked about by the giants of the football world. Here’s a few quotes on Gary Neville from his former colleagues and opponents:

“Manchester United was a huge education for me,” Ronaldo said. “(Being at United) taught me to train hard all the time. To eat properly, sleep good, recovery sessions, everything. You have to dedicate yourself 100 per cent. There were guys who always arrived for training one hour early. Paul Scholes and Gary Neville were incredible example. Neville was the most professional player I saw. This is why these guys played in the top level for 10 years”
– Cristiano Ronaldo

“He didn’t mind getting forward but he enjoyed defending and was very good at it. He was also good at getting balls into the box and he liked to attack, but because of his fitness and agility he could get up and down the line. He was a very good defender and an organiser.”
– Alan Shearer

“A huge career and fantastic achievements, that is what he has done. I respect a lot what he has done because he was certainly not one of the most talented players in the league but what he has achieved is consistency. His record is down to intelligence and motivation – he is an example to players who are maybe less gifted than the Giggs and the Beckhams but still make a fantastic career because they are intelligent and highly-motivated. They deserve a great credit. (Neville was the) best English right back, certainly – if you look at his record, he has won absolutely everything and the number of games he has played, he is without a doubt the best.”
– Arsene Wenger

“He was England’s No 1 for so many years and he was so consistent. His biggest quality was his positional play, he was always in the right position.”
– Ryan Giggs

“He was the same as Van der Sar, he was always talking on the pitch. I will always remember the way he trained, it was unbelievable – a full professional. I can remember him telling me that he could see young players coming through and that he had to train every day like he was 20 because they were catching up to him. He was right! He was a great professional and overall a great person. His statistics speak for themselves, he was great.”
– Dimitar Berbatov

“Gary was the best English right-back of his generation. He is an example to any young professional; hard-working, loyal and intelligent. As a United fan born and bred, his fantastic career at Old Trafford has cemented his place in the affection of the club’s supporters everywhere.”
– Sir Alex Ferguson

“I was fortunate to play with some great right-backs [ . . . ] you see players today as wing-backs, getting forward, getting round the back and whipping in crosses and people say this is the new game, but he [Gary] was doing it 10 to 15 years ago. [ . . .  ] He was confident, he was a really quiet lad but he got stuck in and he was a team player. He was a guy that you would never see jogging back – he was up and down that line. He was an honest player.”
– Paul Gascoigne 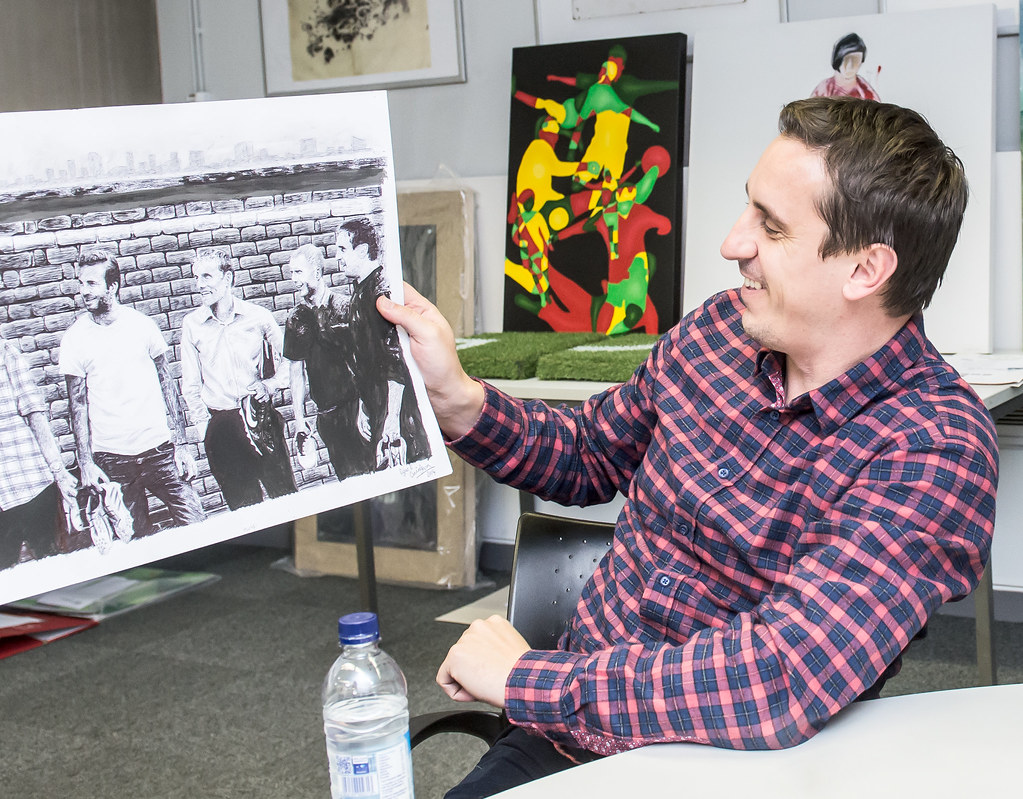 “Not only is Gary a great person, he is one of the best defenders ever to have played the game,’ said Beckham on his Facebook page. It was an honour to play with him at United and for England. He deserves all the praise and recognition.”
– David Beckham

“Fantastically consistent for club and country – he played a hell of a lot of games for both. He could play wing back, or drop in as one of your three central defenders. He had a wonderful hunger and desire to succeed, which kept him where he was in the game… a Manchester United icon.”
– Stuart Pearce

“Young players nowadays should look back at the way that he played the game, not just in terms of his defending but the way he overlapped and attacked.”
– Rio Ferdinand

“He’s got an incredible determination about him. He’s a good decision maker, he’s prepared to make a decision and he’s got that positive attitude. He’s a winner, he’s an absolute winner. We (Manchester United) took Gary simply because he was determined, and he was a centre-back at that time. But he had something in him and he made himself a footballer. He worked, he practised, he had an incredible determination that made him what he is today.”
– Sir Alex Ferguson