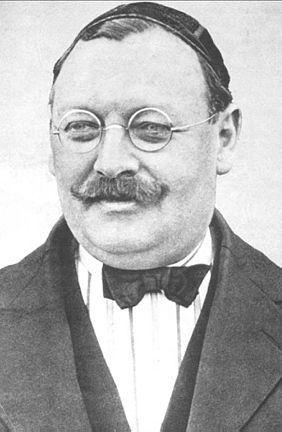 A certain Swiss man named Hans Kamper took on a voyage to Africa to join his uncle’s business, but on the way he took a detour to the Catalan city of Barcelona.

Little did the young man know that once in the Catalan capital he would end up founding one of the greatest European football clubs. A club whose impact would be felt much beyond just the beautiful game and it would, in time, become the symbol of hope and resistance for an entire population.

The journey for FC Barcelona began with a simple advertisement that Gamper placed in a local newspaper on 22nd October 1899, inviting players to come to town for a meeting. 11 people turned up for the meeting on 29th November and thus began the journey of Futbol Club Barcelona as the attendees were given playing and management duties at the club. And an Englishman named Walter Wild was made the first ever president of the infant club.

Gamper was no unknown to football. Prior to his journey to Catalonia, he had already laid the foundation for two of the greatest Swiss clubs – FC Zurich and FC Basel. In fact, the colours blue and red of Barcelona were chosen as homage to Basel.

Gamper, enamoured by his adopted city, learnt the local language and changed his name from Kamper to the Catalan sounding Gamper.

A former captain of FC Basel, Gamper was a natural as a striker. His 51 games for Barcelona yielded a prolific 120 goals. Not even Lionel Messi can match that! The team won their first trophy under their inspirational founder’s leadership as they took home the Copa Macaya in 1901.

However, the club soon began to experience difficulties both on and off the field. The trophies dried up and the club’s finances were in a mess, raising fears that it wouldn’t be able to survive much longer. But Gamper was made of sterner stuff. He became the club president in 1908 and led them admirably for the next 15 years, overseeing the rapid development of his project. In 1909, Barcelona moved to their first ground – the Carrer Industria with a capacity of 6000 spectators .

Gamper’s astute eye for spotting talent saw him bring in the likes of Paulino Alcantara, Ricardo Zamora and Pepe Samitier amongst others. He also brought in an English manager at the helm in Jack Greenwell.

The well-assembled squad went on to win numerous trophies and ushered in the first golden age for the club.

However, Spain was changing fast and the rise of dictator Primo de Rivera didn’t bode well for the founder of Barcelona – a foreigner. When the club faithful jeered the Spanish anthem and then applauded God Save the Queen during a match in June 1925, it spelled great trouble for FC Barcelona.

The club was forced shut and Gamper was forced into exile for allegations of promoting Catalan nationalism.

The pain of being banned from his own club combined with the Great Depression of 1929 – which led to Gamper suffering huge financial losses – meant that he went on a downward spiral.

It is a tragic coincidence that Gamper committed suicide on the same day as the final of the inaugural FIFA World Cup.

However, FC Barcelona haven’t forgotten their founder. He has been assigned as the first soci of the club, and every summer the first team competes with a major club for a trophy named after Joan Gamper.