It is hard to believe now that Spain were one of the perennially underachieving teams in world football. After winning the second European Championship in 1964, they went empty-handed until 2008 before they won something big. And since then La Furia Roja have gone on to be crowned the European champions twice as well as world champions in 2010.

Euro 2008 was jointly-hosted by Austria and Switzerland, with 16 teams participating. Group A had Portugal, Turkey, Czech Republic and Switzerland. The tournament started with Switzerland losing 1-0 to the Czech Republic. Ultimately, the Swiss exited the competition after finishing last in the group that saw Portugal and Turkey make the knockouts.

Croatia and Germany were the top two teams to emerge from Group B at the expense of Austria and Poland. Austria’s exit from the group stage meant that it was for the first time in the history of the Euros that none of the hosts reached the knockout stage.

The Netherlands and Italy made it into the quarter-finals from Group C, in which Romania came third and France were rock-bottom. Meanwhile, Spain won Group D ahead of Russia. Sweden were third and the defending European champions, Greece, finished last, failing to win any of their three games.

In the quarter-finals, Germany won 3-2 over Portugal, and Turkey got the better of Croatia after a penalty shootout in an exhilarating encounter. Russia were 3-1 winners over the Netherlands, while Spain prevailed 4-2 over Italy in a penalty shootout.

Turkey were ravaged by injuries due to which they were barely able to put together a starting eleven against the Germans in the first semi-final. However, they fought tooth and nail, but lost 3-2. In the second semi-final Spain trounced Russia 3-0 through a goal each from Xavi Hernandez, Daniel Guiza, and David Silva.

Fernando Torres scores the winner vs. Germany in the final of Euro 2008. Here’s the video courtesy of legend10x.

Spain were 1-0 winner over Germany in the final, with Fernando Torres scoring the only goal of the game after he got to the end of a Xavi through ball.

David Villa ended the tournament as the topscorer with his tally of four goals and won the Golden Boot, while Xavi was declared the UEFA Player of the tournament. 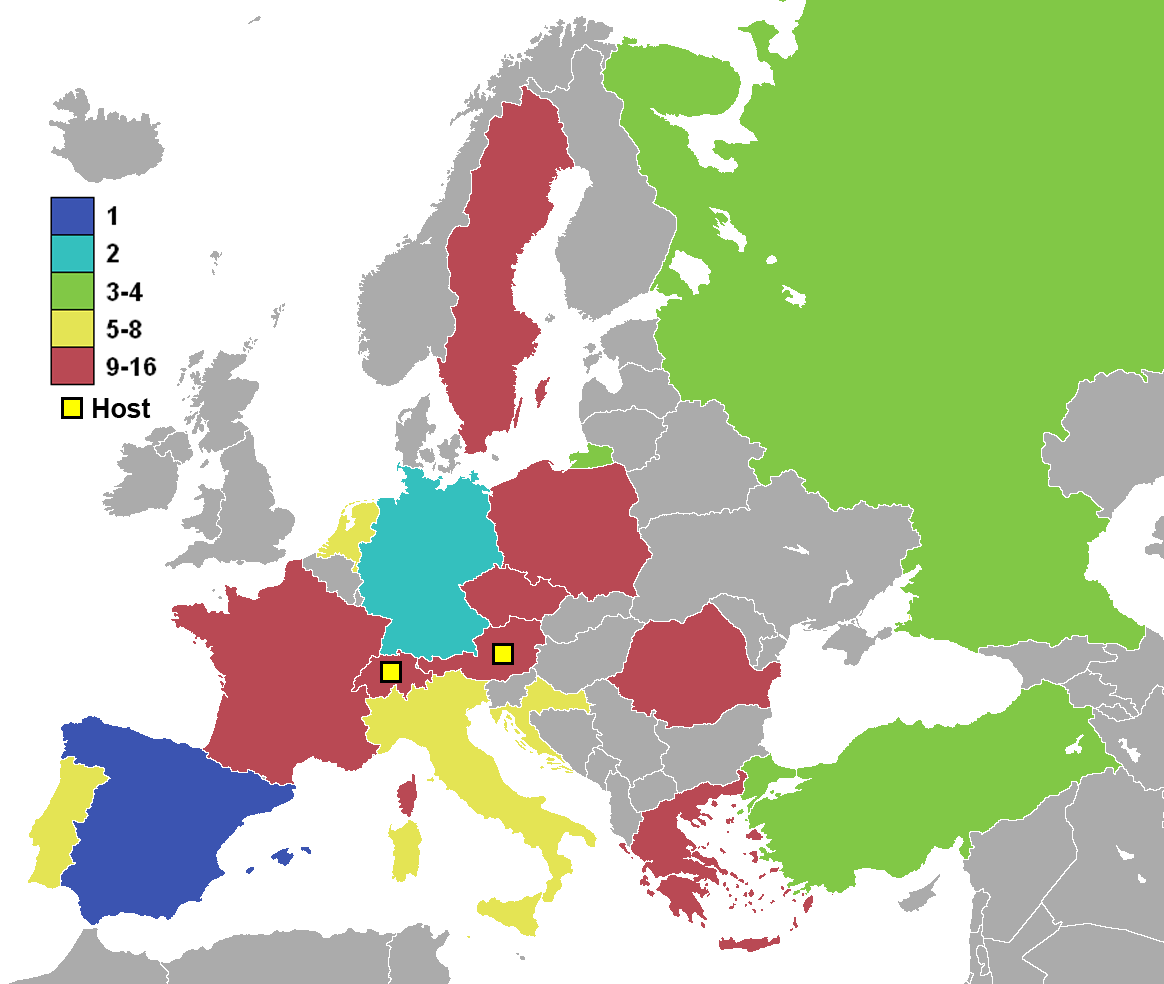 Performance of the teams and hosts of Euro 2008