The 2004 European Championship threw one of the most unlikeliest of winners as Greece went on to be crowned the champions of Europe for the first time in their history.

The 16 teams in the Euro 2004 finals were spread across four groups. Portugal, Greece, Russia, and Spain comprised Group A. The hosts began their campaign against the Greeks and unexpectedly lost 2-1, with young Cristiano Ronaldo grabbing a late consolation goal. Portugal recovered from the opening day setback to win their next two games to top the group, while the Greeks came second.

Group B saw France emerge as the top side, while England came second. Croatia finished third and Switzerland came last. It was the tournament in which an 18-year-old named Wayne Rooney announced himself to the world with two goals each against the Swiss and the Croats.

Here are the individual highlights of the England skipper from the group game against France. His performances convinced England supporters of the quality of their Golden Boy.Video credits: Alexg733

Scandinavians neighbours Sweden and Denmark made it to the knockout stages from Group C at the expense of Italy and Bulgaria. The final game between the Scandinavians ended in a mutually beneficial 2-2 stalemate which riled the Italians as they accused the two teams of wrongdoing, but nothing came of their protestations.

Czech Republic won Group D ahead of the Netherlands as Germany endured another poor showing and crashed out from the group stage. Latvia were last in Group D.

Portugal overcame England in a penalty shootout in the quarter-finals, so did the Netherlands against Sweden – it marked the first Dutch win in a penalty shootout at a major tournament. Greece continued their giant killing act with a 1-0 win over France, while the Czech dispatched Denmark 3-0.

The hosts were 2-1 winners against the Netherlands courtesy of a goal each from Ronaldo and Maniche to book their place in the final, while Traianos Dellas became the only player to score a silver goal in an international match to help Greeks to a 1-0 win over the Czechs. 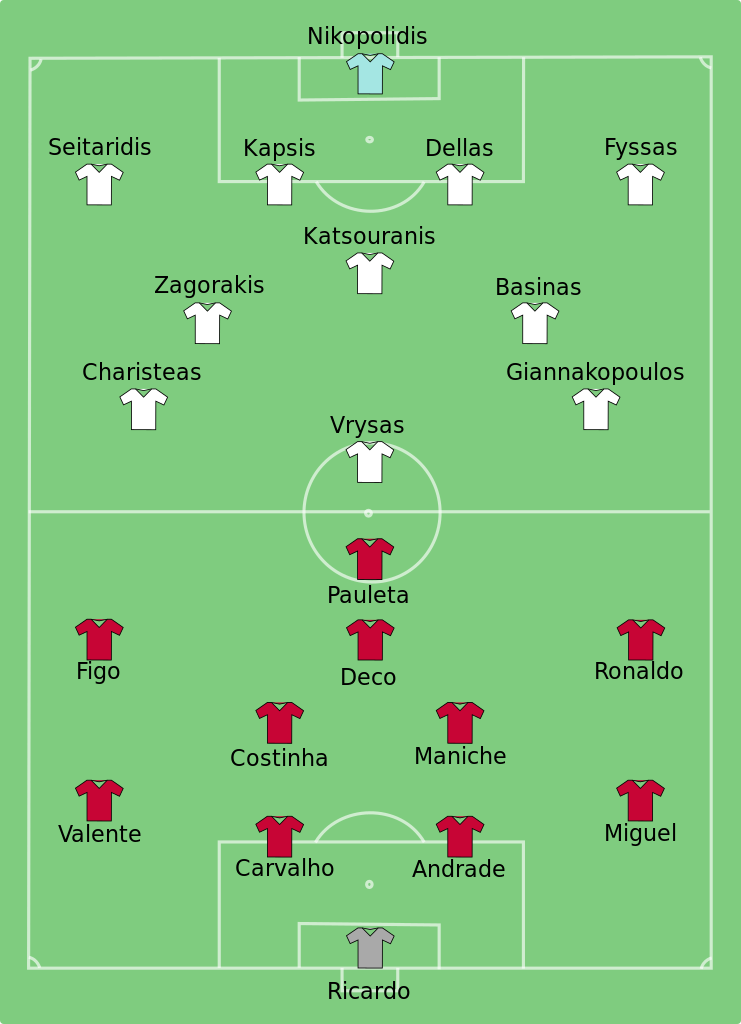 The final was a re-match of the opening game of the tournament and the Portuguese were expected to get the better of the Greeks at the second time of asking, but a sturdy defence, and another goal from a corner – this time from Angelos Charisteas – saw the Greeks cause a major upset and become the European champions.

Milan Baros of the Czech Republic ended up as the topscorer of the tournament with his tally of five goals. Theodoros Zagorakis of Greece won the Euro 2004 Golden Ball. 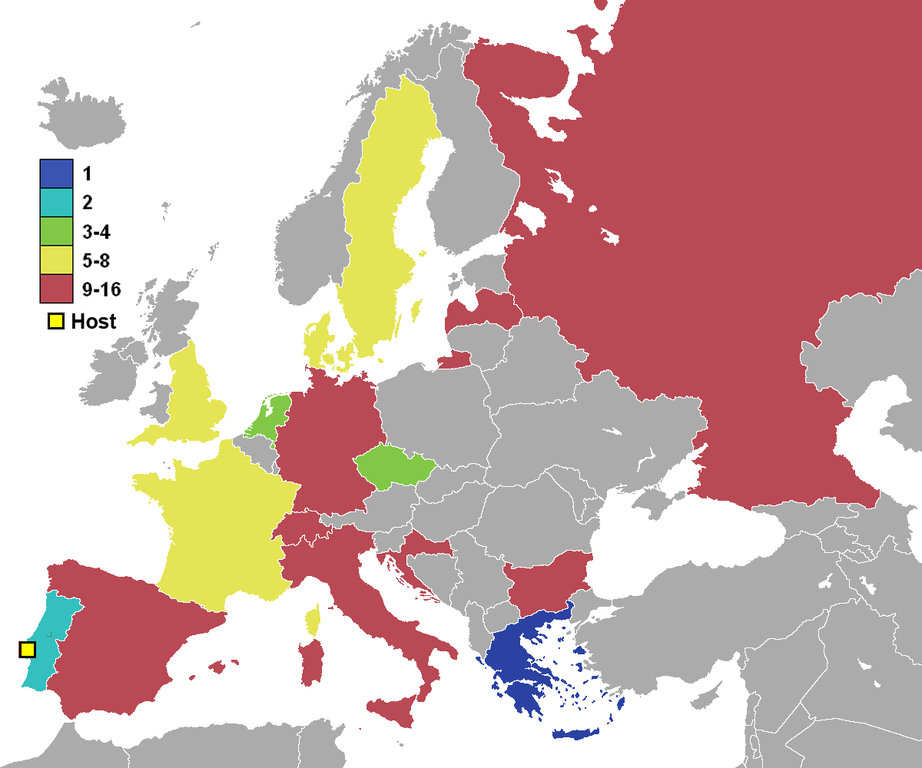