Euro 1988: Netherlands win their first and only major international trophy

There were three bids for hosting the 1988 European Championship. West Germany, England and a joint bid from the Scandinavian countries, Norway, Sweden and Denmark, but ultimately the hosting rights went to West Germany. 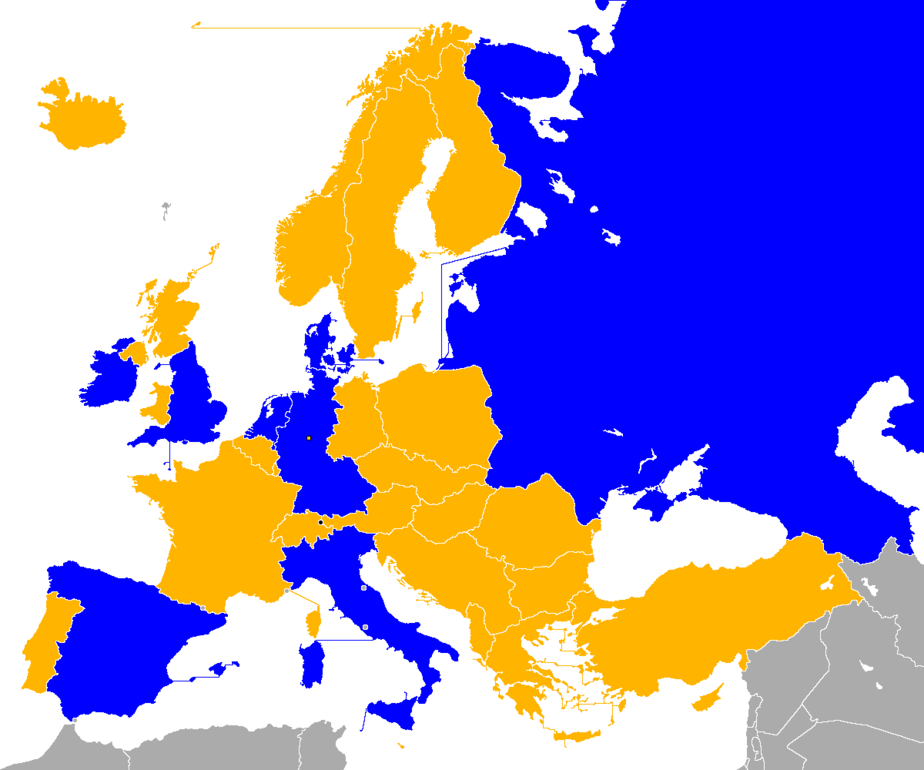 The qualified countries are in Blue

There were eight teams in the finals, and Group A comprised of pre-tournament favourites, West Germany and Italy, apart from Spain and Denmark. Euro 1988 kicked off with the first game between the hosts and the Italians and it ended in a 1-1 draw with a strike each from Andreas Brehme and Roberto Mancini. At the end of the group stage fixtures, West Germany finished atop with two wins and a draw, while the Italians came second with an identical record.

Group B saw the Netherlands, the Soviet Union, Republic of Ireland and England contesting for the knockout stages. A Ray Houghton goal in the sixth minute of the game was enough to give the Irish a historic 1-0 win over the Three Lions. And ultimately the English finished at the bottom with three defeats from as many games. Soviet Union claimed the top spot with the Netherlands coming second.

West Germany took on fierce rivals Netherlands in the first semi-final. It was only the third time the two sides met after the 1974 FIFA World Cup final. A Lothar Mattahus penalty had put the hosts in front in the 55th minute before Ronald Koeman converted a spot kick to level the scores. The legendary Marco van Basten scored two minutes from the full time whistle to complete a famous win over their rivals. It was the first time the Dutch defeated the West Germans in a competitive fixture.

Meanwhile, there was an upset in the second semi-final as the Soviets dispatched Italy 2-0 courtesy of a goal each from Hennadiy Lytovchenko and Oleh Protasov. 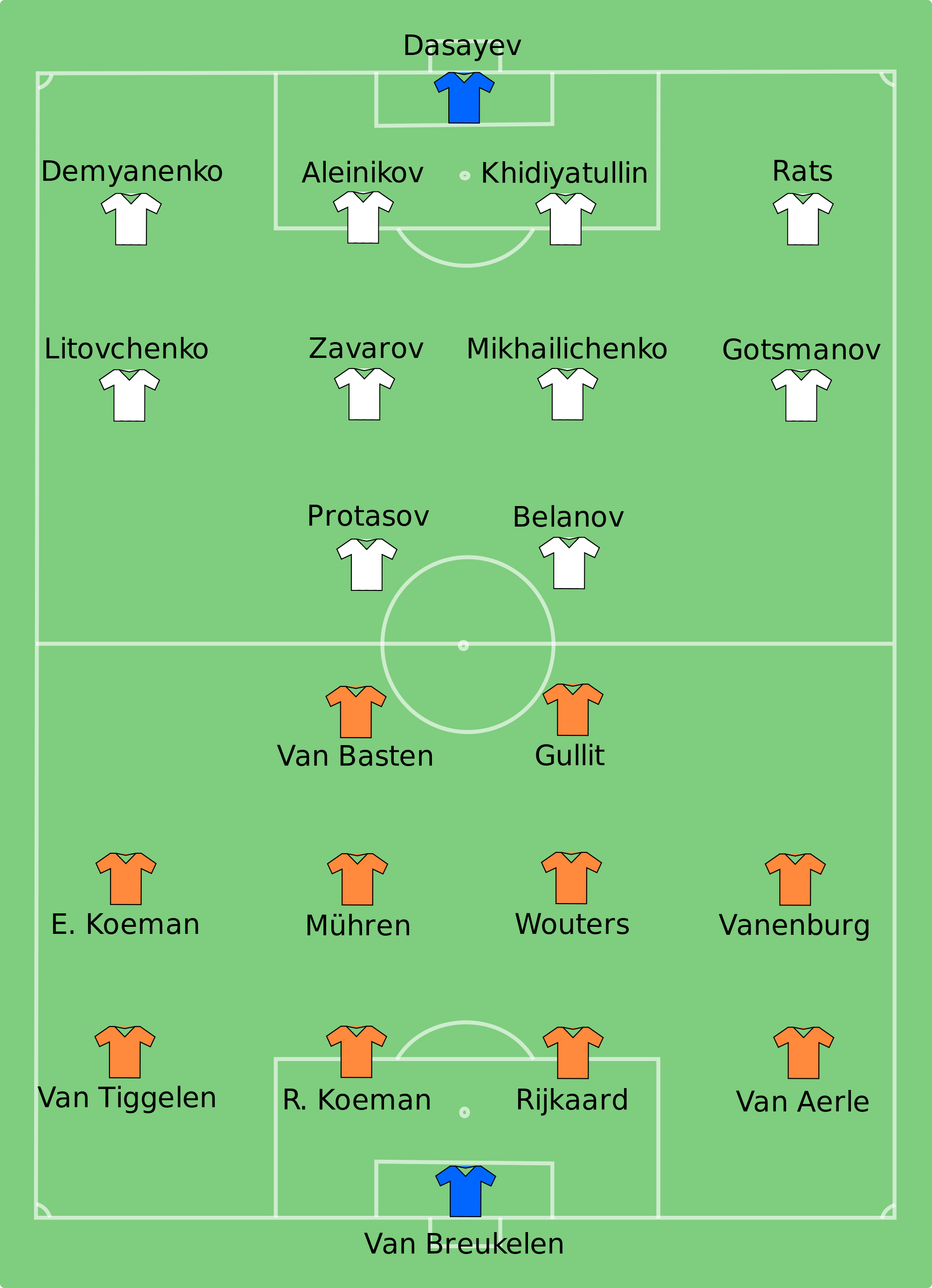 Netherlands vs Soviet Union line-up in the Euro 1988 final.

A Ruud Gullit and a Van Basten strike in the final gave the Dutch a 2-0 win and their first ever European Championship.

Euro 1988 also turned out to be the first major tournament where no red cards were shown, there were no scoreless draws, and none of the matches went into extra time. It was also the last time the Soviet Union participated in the Euros.

Here’s one of the most special goals in the history of the European championships. It is also one of the best goals scored by Van Basten and it clearly shows the technical ability of the Dutch legend.

Five goals for Van Basten saw him become the top scorer of the 1988 European Championship or the Euro 1988.

Marco van Basten also won the Ballon d’Or that year for his exploits with AC Milan and the Dutch national team.