The Geordie moved to Liverpool in the summer of 2011 for an eye-watering sum of £35m. No one had thought that Carroll would command such a staggering fee for his move from St. James’ Park to Anfield, but the Reds did shell out the money after they reaped the riches from Fernando Torres’ move to Chelsea for another staggering sum of £50m. Carroll’s adventures at Anfield didn’t last long as a managerial change at the club saw him promptly shipped to West Ham United at a loss after just six league goals from 44 appearances.

The Argentina international was the Man of the Match in the final of the Champions League in 2014 that Real Madrid won to seal their much-coveted La Decima. And in an unprecedented turn of events Di Maria found himself moving to Manchester United for a record sum of £59.7m. 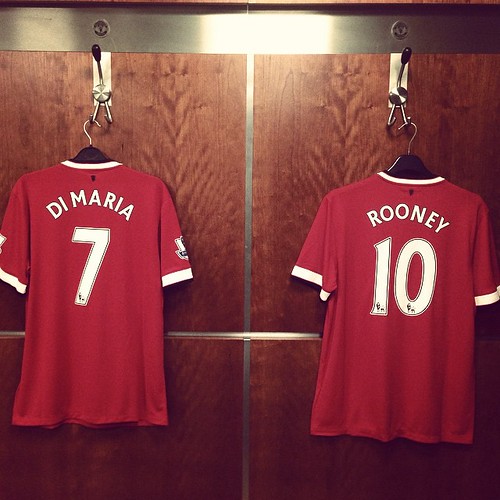 Di Maria, who was trusted with the legendary number 7 shirt, never settled at Old Trafford and his performances at the club made it clear that he would rather use his skills elsewhere. He ultimately found himself at Paris Saint-Germain after just a season in Manchester and has promptly found his form.

No list of embarrassing transfers can be complete without the mention of the Spaniard. Torres enjoyed four years of success at Anfield and then moved for £50m to Chelsea. However, his time at Stamford Bridge was full of embarrassing misses and he never found the form that made Liverpool ask for such a hefty fee for his sale.

He managed just 20 goals from 110 league appearances for the Blues before moving to AC Milan and ultimately to his childhood club Atletico Madrid.

The former Real Madrid youth product moved to Tottenham Hotspur for a fee worth £29m, but endured a torrid time in the Premier League for various reasons.

His two seasons at White Hart Lane yielded a mere seven goals as Spurs cut their losses and shipped him to Villarreal in the 2015 summer transfer window.

The Sweden international moved to Barcelona from Inter Milan in the summer of 2009, and endured a difficult season at the Camp Nou. Although, there is no doubt that Ibrahimovic is still amongst the very best strikers in the world and his time at the Catalan club was by no means a failure, but what surprised most people was the embarrassing money that the Blaugrana paid for his transfer. Apart from €46m, Barcelona also sent Samuel Eto’o to San Siro to acquire the Swede, who scored 16 times from 29 league matches.