Most impressive Bayern Munich records over the last decade

The reigning German champions Bayern Munich are going through one of the best years of their existence. They have been dominating the Bundesliga like no team have done in the past and are on course to collect their fourth successive league title, having built up a substantial eight-point gap over second-placed Borussia Dortmund at the halfway stage of the season.

Bayern Munich are the most successful team in the history of the German top flight football, having won the national championship a record 24 times since its inception in 1963 – 53 years ago, meaning that the Bavarians have won 45.2 per cent of the titles – a truly remarkable dominance.

The Allianz Arena outfit’s dominance in the last four years has been even more pronounced. They won the 2013/14 league title with a record seven games to spare. They finished the season with 90 points – a staggering 19 more than second placed Borussia Dortmund. That same campaign, Pep Guardiola’s men had the league all done and dusted by 25th March, earlier than any other campaign in history. 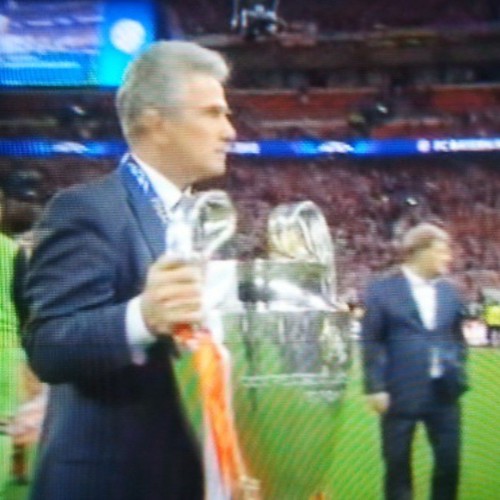 The final season under the stewardship of Jupp Heynckes brought unprecedented success to Bayern Munich as they became the first ever German club to win a treble of the league title, the DFB Pokal and the Champions League in the 2012/13 season. That same campaign, they tallied 91 points in the league – the biggest haul in the history of the Bundesliga.

Earlier this season Bayern Munich registered their 1000th league win (they are now onto 1006). The Munich outfit are the only club to have accumulated over a 1000 wins in the German top flight.

In the 2012/13 and the 2013/14 seasons, the Bavarians collected all three points on a remarkable 29 occasions. No team has won more league matches in a single Bundesliga campaign. In the 2012/13 season, they won 15 away games – another record, while 14 wins were registered at the Allianz Arena.

Bayern Munich forward Robert Lewandowski scored a hat-trick in a span of just four minutes earlier this season – a record, and went on to score five goals in a mere nine minutes.