Last week of action in Europe saw several records being broken. In the Premier League, beleaguered Manchester United skipper Wayne Rooney finally found the back of the net as he turned in a pass from Anthony Martial against Swansea City in a 2-1 win for his side at Old Trafford on Saturday. The strike took Rooney’s Premier League goal tally to 188 and he is now second in the all-time list, only behind Newcastle United legend Alan Shearer, who had notched a staggering 260 strikes before hanging his boot. With his long-awaited goal, Rooney moved past Andy Cole. 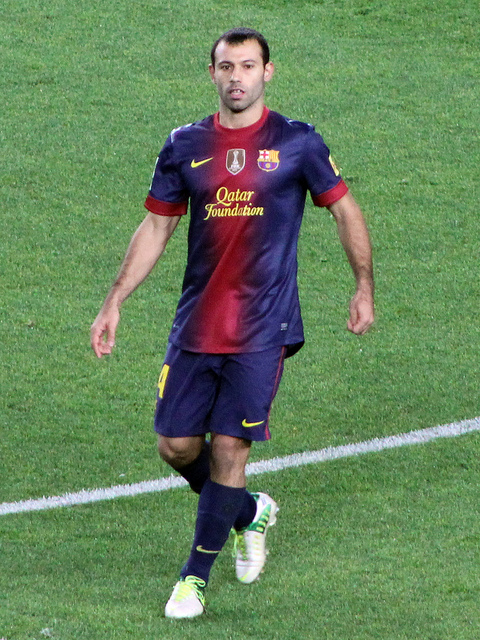 Javier Mascherano joined Barcelona from Liverpool in 2010 and has gone on to win numerous trophies with the Catalan giants, including a treble of the league title, the Champions League and the Copa del Rey last season. However, the Argentine is still looking for his first goal for the club. Having played 255 games in the Blaugrana colours, Mascherano has now surpassed Michael Reiziger for playing most games for Barcelona without getting on the scoresheet.

West Ham United hadn’t enjoyed the best of records against Liverpool. However, that fact was true up until the beginning of the season, because the Hammers have done the double on the Reds this season, the first time they have achieved the feat since the 1963/64 campaign.

Aston Villa are in dire straits this season. They sit rock-bottom in the league standings and even the firing of Tim Sherwood hasn’t changed their fortunes. The Villans have just eight points from their 20 games, the third lowest tally after 20 games in the Premier League era.

Alan Pardew was a hated figure at his last club, Newcastle United. But since he has taken charge of Crystal Palace, things have looked up for the Englishman. Pardew now has the highest win percentage (53.49%) of any Crystal Palace boss to take charge of 40 plus games.