At a time when the European Championship has been expanded to 24 teams from 16 in its previous editions, the Netherlands unexpectedly missed out on qualification. They were not in a particularly strong group either, but finished fourth behind the Czech Republic, Iceland and Turkey to miss out on the bus to France next summer. The Dutch finished third at the World Cup last year, but their fall has been spectacular in the last 18 months.

The 2004 European champions hit a new low as they finished bottom of the group that comprised of Northern Ireland, Romania, Hungary, Finland and Faroe Islands aside from themselves. It was a damning indictment of the current state of Greek football as they lost to the lowly Faroe Islands 2-1 away.

Click on the link below to read how Greece beat all the odds to clinch Euro 2004.

The 2014 World Cup qualifiers possess a good group of talented players with former Manchester City striker Edin Dzeko and Everton starlet Muhamed Besic in their ranks. They weren’t in a particularly difficult group either, but their early form under then manager Safet Susic made their task difficulty. In the playoffs, they came up short against Republic of Ireland and bowed out after a 3-1 aggregate loss.

Bosnia and Herzegovina team pictured prior to their clash against Austria in 2015.

The 1992 European champions finished third in Group I behind Portugal and Albania to reach the playoffs, where they were drawn to face fellow Scandinavians Sweden. Zlatan Ibrahimovic-led Swedes prevailed 4-3 on aggregate in a tightly-fought encounter to dump their rivals out of the Euros. 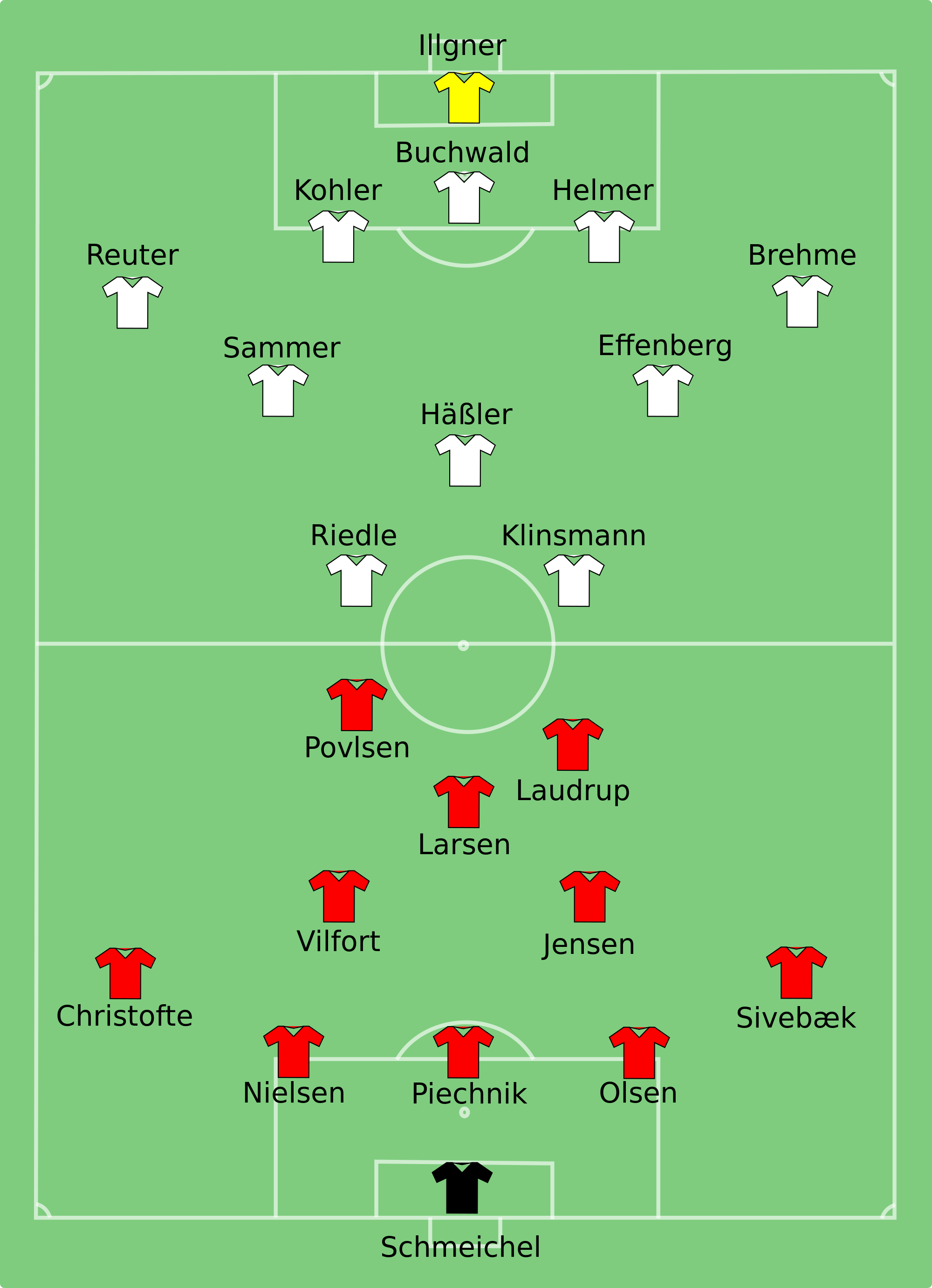 The line-ups of Germany and Denmark in Euro 1992 final. The final featured legends such as Matthias Sammer, Jurgen Klinsmann, Michael Laudrup and Peter Schmeichel.

Read about Denmark’s journey at the 1992 European championship.

The Serbs finished fourth behind Portugal, Albania and Denmark in their qualifying group. Their team comprise of some gifted individuals like Branislav Ivanovic, Aleksander Kolarov, Dusan Tadic, Nemanja Matic, Adem Ljajic, and Lazar Markovic amongst others. But they failed to get going in a miserable campaign.